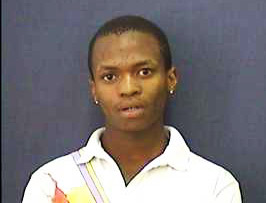 The motive for the killing of first-year medical student Benny Pakiso Moqobane, 19, on Monday night (28 September) is still unclear. This emerged at a UCT press conference held in the Mafeje Room in Bremner Building this morning.

Moqobane was shot at about 20h00 on Main Road, Observatory, close to his digs, while walking with a fellow student. It is understood that they were approached by an unknown number of men in a car on Main Road. Moqobane was shot immediately. His friend ran away and heard a second shot. When the attackers left the scene, the friend returned and found Moqobane dead.

The university, its staff, Moqobane's fellow students and the Dean of the Faculty of Health Sciences, Professor Marian Jacobs, extend deepest condolences to Moqobane's family and friends.

"It is a shock to UCT to lose a student under any circumstances, especially a young, first year to such senseless violence," said Acting Vice-Chancellor, Professor Thandabantu Nhlapo.

Moqobane came from Frankfort in the Free State, and the university is making arrangements for his parents to travel to Cape Town.

The university has made its counselling services available to Moqobane's family, his digs mates, and his classmates in the Faculty of Health Sciences.

Jacobs addressed the first-year class at the start of their 08h00 lecture this morning.

Campus security officials are in touch with the police officers in charge of the case.

The university has set up a hotline for parents, students and staff to voice their concerns and obtain information. The number, 021 650 5428, is available during office hours. Or you can email Pat Lucas.

The university is committed to ensuring the safety of its staff and students, both on campus and in the community outside the campus. For this purpose UCT is actively working with surrounding communities to form partnerships that will contribute to crime-fighting initiatives.