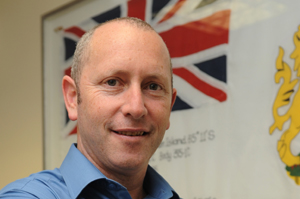 The Clinical Sports Medicine Research group of the UCT/MRC Research Unit of Exercise Science and Sports Medicine (ESSM) has been identified as one of four top research centres in the world to receive International Olympic Committee (IOC) funding for the next four years.

The aim of this research, funded by the IOC's Medical Commission, will be to increase knowledge in the field of injury prevention and the protection of athletes' health. This accolade follows hot on the heels of the same unit receiving FIFA Medical Centre of Excellence status earlier this year.

Professor Lars Engebretsen of the IOC Medical Commission said: "Teaming up with these institutions is an important step for the IOC in its strategic effort to reduce the number of serious injuries and other health risks in sports, in order to optimise the health benefits in sports participation." 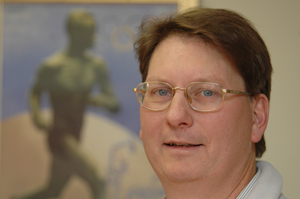 A delighted Professor Martin Schwellnus (left), long-standing member of the IOC Medical Commission, and head of the unit's Clinical Sports Medicine Research group, together with Professor Wayne Derman (top), says that this type of research "is a significant step in recognising the international contribution of UCT towards developing Sports and Exercise Medicine as a discipline".

"This work has very real practical and clinical implications in preventing injury and protecting the health of elite, competitive and recreational athletes."

In addition, this group has published over 100 peer-reviewed research papers in the past five years in the area of sports injuries and medical conditions in athletes. These research papers have covered events ranging from the Olympic Games (2000, 2004, 2008); Super 12 Rugby; SA's famous ultra marathons, the Comrades (1981 - 2008) and Two Oceans; as well as both Ironman South Africa and the Cape Argus Pick 'n Pay Cycle Tour.

The scope of the research covered studies on medical conditions in athletes, including exercise-associated muscle cramps, infections and allergies in athletes, diagnosis and management of collapsed athletes, and electrolyte imbalances such as hyponatraemia, as well as "heat-related illness" in athletes. In addition, this group has contributed significantly to the understanding of risk factors for injuries, such as genetic risk of soft tissue injuries and biomechanical risk factors in running and cricket injuries.

The most recent unique and exciting research project conducted by this group was during the 2009 FIFA Confederations Cup. Still to be published, the study, titled Medical conditions and illness in elite football players during international competition, investigated over 130 elite football players.

There's no doubt the findings will impact enormously on the planning of medical management and care of FIFA 2010 World Cup football players.