07 September 2009 | Story by Newsroom
UCT once again made a strong showing in the annual Department of Science and Technology's South African Women in Science Awards, taking top spot in two categories. 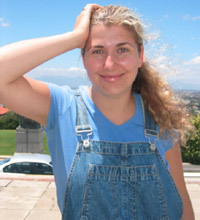 Physicist Dr Amanda Weltman was named the Best Emerging Scientist, an award which recognises a young scientist for outstanding scientific contribution in natural sciences or engineering. Weltman, who has received fellowships from Columbia University in the US, Cambridge University in the UK and NASA, is the co-author of two papers proposing the chameleon mechanism (in which scalar fields change depending on their environment), one of the hottest new topics in contemporary theoretical cosmology. 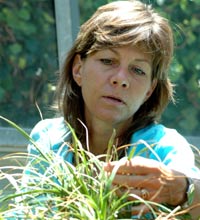 Plant physiologist Professor Jill Farrant took first runner-up in the Distinguished Woman Scientist category. The second woman to receive an A-rating by the National Research Foundation (NRF), and the first in the natural sciences, Farrant's work, which currently focuses on resurrection plants, has earned wide recognition. Farrant has received the NRF President's Award and the South African Association of Botanists award for the best PhD thesis in botany. Professor Diane Hildebrandt, chemical engineer at the University of the Witswatersrand, took first place. 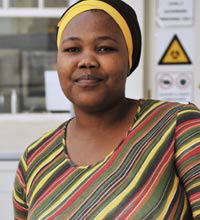 A Fellowship for a Woman Scientist, awarded in fields where participation by women is traditionally low, went to Zizipho Mbulawa, a PhD researcher in medical virology. Mbulawa is researching the association of the human papilloma virus with cervical, penile and other cancers, as well as genital warts in both men and women. The research for Mbulawa's MSc was of such a high standard that her degree was upgraded to a doctoral project. Also winning the fellowship was Buyisiwe Sondezi-Mhlungu, a physics lecturer at the University of Johannesburg.

An initiative of the Department of Science and Technology, the South African Women in Science Awards was launched in 2003 to recognise women whose achievements in science, technology, innovation and research are an inspiration to the nation.

The winners were announced on August 21, in celebration of Women's Month, at a gala dinner in Johannesburg.