De Vos is new chair in Constitutional Governance at UCT 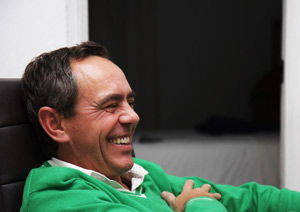 De Vos is currently professor of constitutional law at the University of the Western Cape (UWC), where he has lectured since 1993. He was appointed associate professor in 2000 and full professor three years later.

He holds BCom, LLB and LLM degrees from the University of Stellenbosch, an LLM from Columbia University in the US and a Doctor of Laws degree from UWC.

He has published or contributed towards 55 academic publications, has delivered 55 conference papers and is highly regarded as a commentator on constitutional law issues. He also writes a popular blog, Constitutionally Speaking.

The Claude Leon Foundation is a South African registered charity involved primarily in the field of education; its principal programme is postdoctoral fellowships in science. Over the last ten years, UCT has been a beneficiary of this programme.

As part of the UCT law faculty's 150th anniversary celebrations, chair of the Claude Leon Foundation Bill Frankel proposed the establishment of the chair in constitutional governance.

Vice-chancellor Dr Max Price said: "We are delighted with the appointment of Prof De Vos to this position. He has established himself as a specialist in constitutional governance and his appointment will further enhance our extensive offerings in the UCT law faculty, which is increasingly recognised as a leader in legal education nationally and in Africa.

"He will clearly make a contribution in focusing on the challenges and opportunities we face in realising the ideals and values of the South African Constitution."