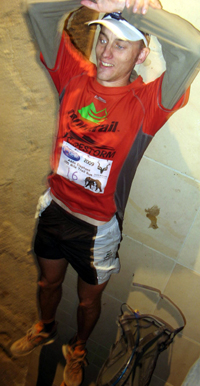 On 2 May, 21 extreme marathoners set out on a mission to conquer 100 miles of rugged terrain. Of the twelve finishers, two of the top three were from UCT.

"Yes, one hundred miles is a long way," said first-timer Robinson. This was double the length of his previous longest trail run. Okreglicki, on the other hand, has run every one, and won it too, in 2007.

The 100-mile race, equal to almost four marathons, with 19 check points, 8 to 11km apart, is not for the faint-hearted. At 06h00 on Saturday runners started their trek through some winding passes, sidestepping rocks in their way, to complete the course by Sunday - in less than 24 hours.

But completing such an iconic race is worth the effort. After all, this is about going for a run "miles away from the urban hum of traffic and people and enjoying the bushveld serenity of one of South Africa's biggest national parks".