Sport participation and performance must go together 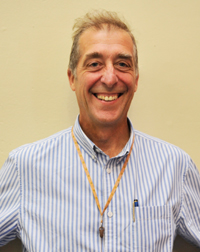 Grass under his feet: Prof Mike Meadows has been named the new chairperson of the UCT Sports Council.

The head of the Department of Environmental and Geographical Science at UCT has abundant expertise in sport, having participated in soccer, rugby, rowing and athletics (he runs in UCT colours), and with a passion for cricket and golf.

Now he has to share that love for sport with the university community following his appointment as the chair of the UCT Sports Council, replacing Professor John Simpson who stepped down at the end of 2008.

"I'm crazy about sport, that is why I jumped when the opportunity arose to make a contribution at UCT," he explains.

"Healthy body and a healthy mind belong together," he says.

Among his tasks is a need to bring synergy between mass participation and high performance to get sporting codes, not only rugby, to operate at the highest level.

There may be tension rather than correlation between the two, Meadows says.

"We need to develop sport in such a way that there are more people interested in participating, and balance that with high levels of performance to attract even more people. That can be tricky, but it can be done".

A case in point is the success of rugby's FNB Varsity Cup, which has had positive spin-offs, attracting more students to the sport and marketing the university, with several games televised live from UCT during the last two seasons.

"I would like to see some of this happening in other codes, like soccer, hockey and cricket."

But that is a major challenge, considering the lack of resources.

Meadows revealed that policies around sport have not been critically reviewed for some time, and that the Sports Council will hold a workshop shortly to attempt to reaffirm its purpose and direction.