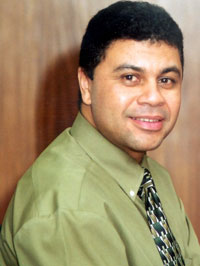 UCT has appointed Professor Francis Petersen as the new Dean of the Faculty of Engineering & the Built Environment.

Petersen, currently head of strategy at Anglo Platinum Corporation, will replace Professor Cyril O'Connor, who steps down after nine years at the helm of EBE. O'Connor will return to full-time academia and his previous post as director of the faculty's Centre for Minerals Research.

It's not Petersen's first stint at a university. He holds a full professorship from the Cape Peninsula University of Technology (CPUT), and is an extraordinary professor in the Department of Chemical Engineering at his alma mater, the University of Stellenbosch.

He has played a key role in various initiatives within higher education, industry and science councils. He also serves on a host of technical, editorial and advisory committees. Petersen is a former winner of research awards from the Ernest Oppenheimer Memorial Trust and CPUT.

"His impressive achievements and his experience in the industry and as an academic will be valuable for the University of Cape Town, as is demonstrated in his record," said Vice-Chancellor and Principal, Professor Njabulo S Ndebele.

Petersen will take up his position in April 2008.