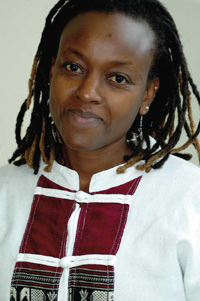 As a result, the expected behaviour change objectives - to delay sexual debut and increase condom-use among adolescents - were not achieved.

These findings have been revealed by Wanjiru Mukoma, who graduates with a PhD in psychiatry and mental health, in her thesis, Process and Outcome Evaluation of a School-Based HIV/AIDS Prevention Intervention in Cape Town High Schools.

The Kenyan-born manager of the HIV/AIDS programme at the Children's Institute, Mukoma based her research on the project, Promoting Sexual and Reproductive Health: School-based HIV/AIDS intervention in Sub-Saharan Africa, funded by the European Commission.

The project aimed to develop, implement and evaluate interventions that effectively promote sexual and reproductive health, and reduce the spread of sexually transmitted infections in Cape Town and Polokwane in South Africa, and Dar es Salaam in Tanzania.

Mukoma based her thesis on work in Cape Town with 6 364 students and 30 teachers in 26 schools across the metropole.

Supervised by Professor Alan Flisher, Mukoma said some teachers found it difficult to use the participatory methods because of lack of skills. Overcrowding also hindered the successful implementation and effectiveness of the intervention.

The prevention programmes needed to be responsive to such contextual realities of the schools, Mukoma says.

Mukoma, who has done her honours and master's in sociology at UCT, said teachers were willing and enthusiastic to participate. "That cannot be undervalued."