Sky the limit for Golda 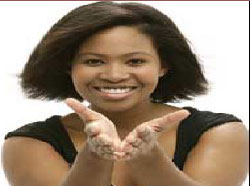 Sensational: With a recent Slurpie nomination under her belt, opera student Golda Schultz appears to have a bright future in music.

When Golda Schultz played on a toy violin for her parents when she was just five, it was for the love of it.

Little did she know that that love would pave the path to a career as an eye-catching opera singer who is taking the music industry by storm.

Schultz, now a postgraduate opera student at the South African College of Music (SACM), continued with music as she grew up, adding guitar, recorder and piano to her repertoire.

On 29 April, she was named as one of three nominees for the prestigious Slurpie-KANNA Award for best up-and-coming young artist. That took some doing.

The award, given at the annual Klein Karoo Nasionale Kunstefees in Oudtshoorn, usually honours Afrikaans artists. Schultz, however, was nominated for her English role as Veronica in Valley Song, which was also nominated as one of the best productions at the festival.

Not surprisingly, the nomination pleased her no end.

"The fact that I was nominated for an Afrikaans award doing an English character was a feather in my cap," she says.

"While the winner and the other nominee were really good, I did not need to win. I had already got what I wanted from Valley Song," she adds.

The 23-year old landed the role, that of a young woman who dreams of finding fame in the city, as part of a 2006 programme by Cape Town Opera to showcase young artists.

"My teacher thought I would be good in the role, and I went for it," she says.

Her talent appears to be a family affair as most of her relatives perform in choirs.

Schultz was born in Cape Town, but grew up in Mafikeng and Bloemfontein. After completing matric she did a journalism degree at Rhodes University, something she says gelled well with her music interests.

"In both industries you have to be curious."

While she says she is a "well-adjusted 23-year old", partying and going out with friends, her life is full of scholarly activities.

Besides doing auditions for Cape Town Opera, she is an assistant in the computer laboratory at the SACM.

She plans, she says, to continue with her music studies and become a "solid performer".