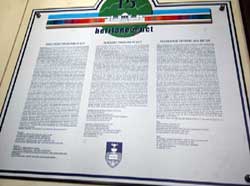 Professor Archie Mafeje's death prompted some reflection at UCT. Mafeje was at the centre of a furore at UCT in 1968 when he was appointed as a senior lecturer in social anthropology in the Department of African Studies. But following pressure from the ministry of national education, the university Council withdrew its offer to Mafeje, then doing postgraduate work at Cambridge University. 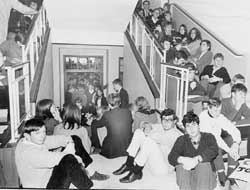 In protest, over 200 students - including current chair of UCT Council, Geoff Budlender, and Jeremy Cronin - staged a sit-in at the university's headquarters at Bremner Building. More joined the protest, as did students at Wits and Natal universities.

Council stood by its decision - a moment that haunts it still - and Mafeje did not make the move back to UCT and South Africa. Instead, he went on to become an internationally celebrated scholar and commentator on African matters.

In 2003, UCT Council agreed to offer him a formal apology.

The 1968 incident is remembered in the UCT Heritage Trail, specifically the marker alongside the steps leading up to the Chancellor Oppenheimer Library. The heritage sign appears next to the plaque commemorating academic freedom.

At the time of his death, Mafeje was linked to UNISA, where he was a research fellow in the College of Human Sciences in the field of anthropology. MEGAN MORRIS