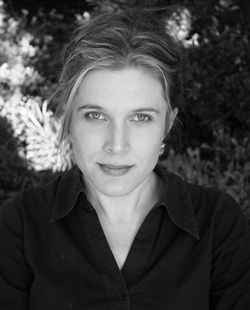 In a recent article in the Cape Town Afrikaans newspaper Die Burger, Van der Vliet describes Past Imperfect as 'the thinking woman's bit of crumpet'.

The book is set in the mid 1990s and tells the story of Clementine, a student in her early 20s, who is stuck in a rut and fed up with feckless family and friends. So Clementine ups and leaves for Paris, where she lurches from disaster to disaster.

It's not strictly chick lit, though. Van der Vliet said she was been taken aback by male readers' positive responses.

'I was told by two of my male friends that they ended up in tears at one point in the book - not my intention, but I was glad it moved people as well as made them laugh. In fact, making people laugh was a major reason for writing the book,' she says.

Past Imperfect is a novel about growing up, shucking off the illusions and confusions of youth - but it's also a delightful romp that isn't meant to be read with deadly seriousness or agonised musings about meanings, said one reviewer.