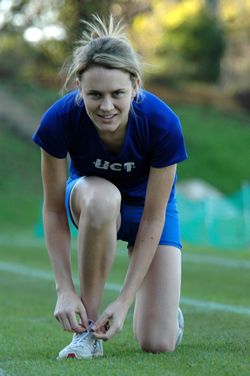 Lauren Stewart was third in the women's race, followed by Amy Aronson in fourth, while Natasha Chandler came second in the junior women's category.

The senior team was made up of Stewart, Aronson, Julie McGaw and Nicky Collins.

James Evans of the UCT Athletics Club described the results as "excellent" and said the club had one of the biggest turnouts at the race with 40 athletes.

That success has also continued on the track.

"When JeanrÃ© Rossouw set a new UCT junior record in the 200m, he was the third first-year we have had in the past three years to set a new UCT record before setting foot in a lecture theatre because lectures hadn't started."

The other two were Odette Olivier in javelin and Sylma Jordaan in pole vault.