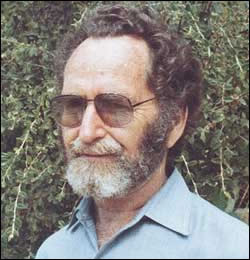 Professor Arnold Abramovitz died at his beloved Red Hill, Simon's Town, on December 31, 2005, aged 79. For 24 years, from 1962 to 1986 he was with the Department of Psychology at UCT, the final two years as head of department, before taking early retirement.

He was a thoughtful and dedicated teacher (many students will recall fondly his courses on metatheory) and lectured in a wide array of sub-disciplines.

He was a warm mentor and a moral guide to students and younger colleagues. He was a thinker ahead of his times. In the early sixties he co-authored important papers on techniques in behaviour modification with the renowned South African psychologist Arnold Lazarus.

From the 1970s he shifted towards more unconventional approaches. His extensive study trip to the UK and Germany in 1976 enabled investigation of alternative lifestyles, communities and technologies.

With others he founded his own form of alternative community, living atop Red Hill. He started new courses with a focus on real people, community and environment. His notable writings on these matters in the 1980s were sadly never published.

Not just armchair stuff, Arnold is remembered as an activist. He led campaigns against political detention. He was a key spokesperson for the alternative technology movement and a leading anti-nuclear campaigner in the 1970s and 1980s. In retirement years he was active in schooling, civic and environmental matters in the Simon's Town area. He worked to make a difference. He leaves his wife, Lynn, and three daughters, Kate, Jenny and Carly.