Former president FW de Klerk and prominent businessman Tokyo Sexwale are to share a platform at UCT on October 24 to address the topic Living Together Now: Opportunities and obstacles facing South Africa. This is the second in a series of public dialogues looking at transitional justice issues and promoting the reconciliation agenda.

These dialogues are organised by associate professor of psychology at UCT, Dr Pumla Gobodo-Madikizela, and executive director of the Institute for Justice and Reconciliation, Dr Charles Villa-Vicencio.

This dialogue brings together two statesmen who have contributed to South Africa's political and economic future. They will reflect on where South Africa is now more than a decade into democracy and will lead a discussion on the interrelated issues of continued poverty, unemployment and racial estrangement, the redress of economic imbalances, and the challenges of creating effective empowerment policies.

The dialogue takes place on October 24 at 17h30 in the atrium at the Kramer Law Building, middle campus. For more information, contact Erin Torkelson.

Institutional Culture and Constructions of Race in a Post-Apartheid South Africa will be the topic of the third transformation seminar to be held on Monday, October 24 from 13h00 to 16h00 in the Roberst Leslie 1E.

This seminar focuses more specifically on the construction of race and the implications of racial classification in post-1994 South Africa.

The speakers are Professors Robert Morrell and Melissa Steyn. Morrell works on social-justice issues and has some very definite views on employment equity. He is well known for his work on gender and masculinity. Steyn is director of the Institute for Intercultural and Diversity Studies at UCT and has written extensively on the topic. She has also contributed enormously to studies on institutional culture in higher education institutions. RSVP to Gafsa Datay.

On October 18 and 19, an international gathering of higher-education and judicial leaders, scholars and analysts from South Africa and the United States will examine the similarities, differences, and lessons to be learned about affirmative action. The symposium will be hosted by UCT and the University of Michigan, named defendant in the landmark US Supreme Court cases that set the landscape for race-sensitive admission policies in US higher education. Staff, students and members of the public are invited to attend the symposium, which will be held in Lecture Theatre 3, the Kramer Law Building, UCT. 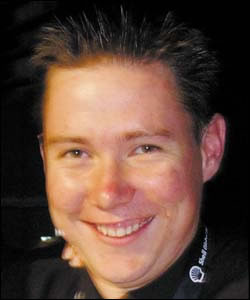 PhD student Christopher Anderson recently joined an international group of students who were invited to attend the 7th World Congress of Chemical Engineers. He was sponsored by Rio Tinto.

The World Congress of Chemical Engineers is held every four years and is the premier event on the chemical engineering calendar, attracting some of the best researchers worldwide, who produce cutting-edge work. The congress was held in Glasgow. More than 2500 delegates attended.

The keynote sessions tackled the broader issues of the future of chemical engineering and how and where the next quantum leaps in understanding will be made. Contemporary issues such as the rise of China as an industrial competitor and the shift towards the use of nano- and bio-technology in chemical engineering were hot topics of debate.

Of personal interest to Anderson were the talks on novel process equipment, such as oscillatory baffled columns, on which he is currently doing his PhD, as well as broader topics such as hydrodynamics, aggregation kinetics and modelling.