Eight is enough for UCT women 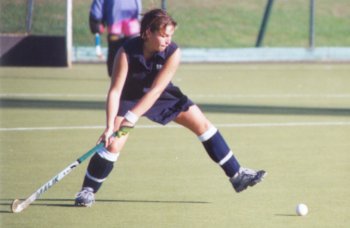 UCT players had plenty of space in their game against Gardens.


ENJOYING a good run in their season thus far, the women's hockey A-side showed off their good form again on Saturday, May 18, beating the hapless Gardens by 8–0 at Hartleyvale.

Despite wasting a number of good opportunities in the first half, the UCT women led 4–0 at the break, thanks to a hat trick by Paula Rutherford and a contribution by Michelle Clarke. They took the second half by storm as well, going up 6–0 within the first four minutes, Bridgette George and Sarah George netting one apiece.

The latter went on to score twice more (in the 15th and 16th minutes of the game), recording the UCT side's second hat trick for the match.

Gardens did well not to concede any further goals during the rest of the match, despite the UCT side hardly moving from their opponents' goal area.

The team is now placed fourth on the Western Province log.