The Media and Social Media unit communicates to internal and external audiences about university programmes, research and the activities of faculties and staff. Working closely with UCT’s executive management, we release news and information through both traditional and social media.

Compared with the year before, the number of Vice-Chancellor (VC) Desks increased by over 50%, while the number of Deputy Vice-Chancellor (DVC) Desks issued was three times more (considering that what was previously the fourth DVC portfolio has now become a COO portfolio). When including the COO Desks, the total number of DVC Desks issued was almost the same number as the combined total for the preceding four years.

An unusually high number of In Remembrance notices (notices that communicate the passing of staff and students) was issued as the university also felt the very real impact of COVID-19, notably over the December festive period. This understandably impacted members of the team within the unit, and support in handling the high volume was sought from colleagues from other CMD units.

Due to increased virtual events, the number of speech briefs / talking points was the highest in the past three years. This total is not a reflection of all virtual events that the VC herself was part of (for some events, no talking points or draft speeches were required).

The report format for the above was modified in the third quarter of 2020 (some sections therefore do not include statistics from the preceding years).

The number of inboxed Facebook queries tripled when compared with 2019. In a single year, the team handled more queries than they did in the preceding three years combined. This is because more of our users are online. This accelerated during the pandemic.

Messages posted on Facebook reached almost twice the audience size compared with the year before. LinkedIn has been increasingly used as an additional platform, with the number of posts more than doubling in 2020. The number of YouTube views increased by almost 50% compared with 2019.

What we have achieved

UCT’s Communication and Marketing Department has five business units that have contributed to its success during 2020. 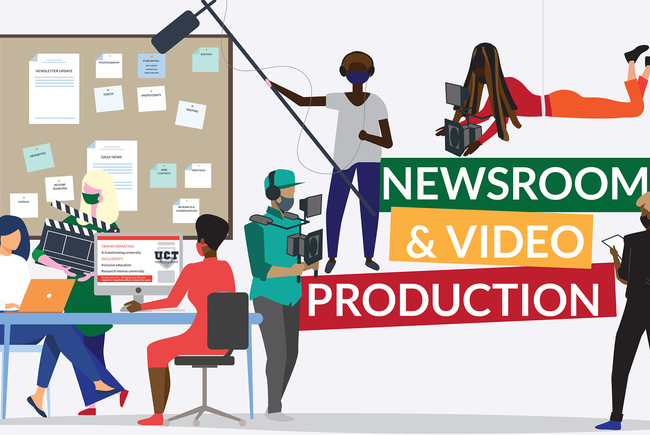 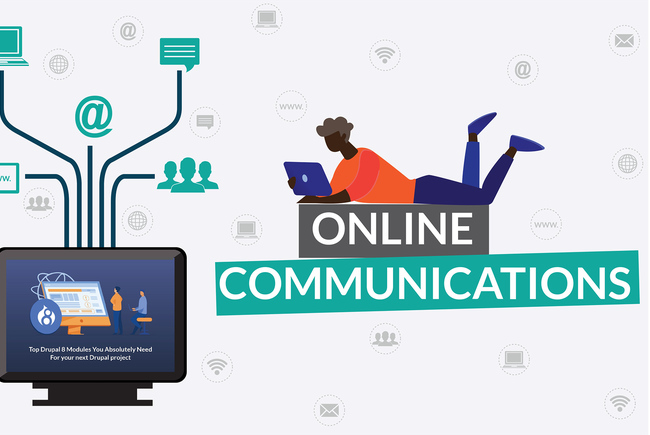 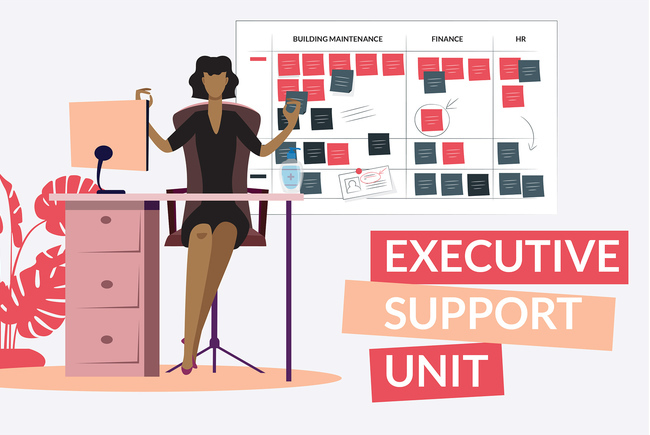 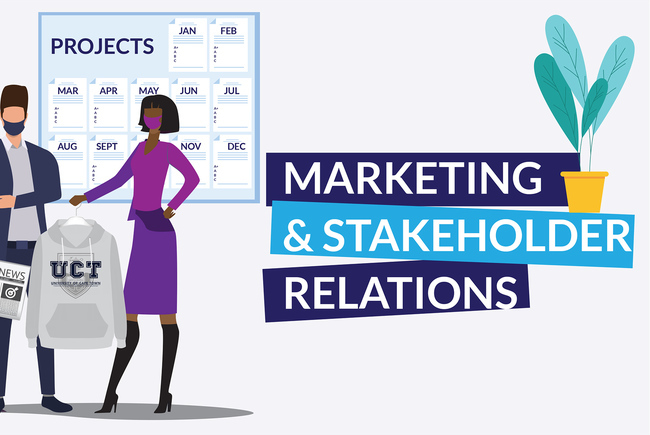 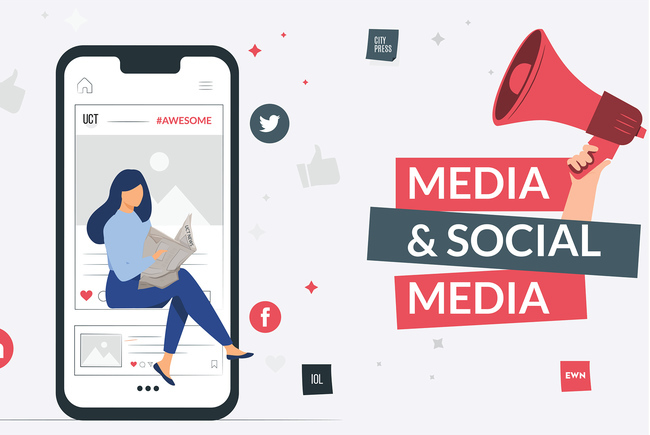 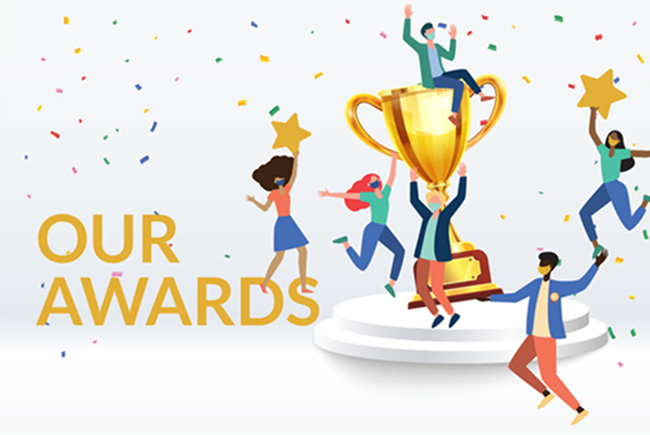 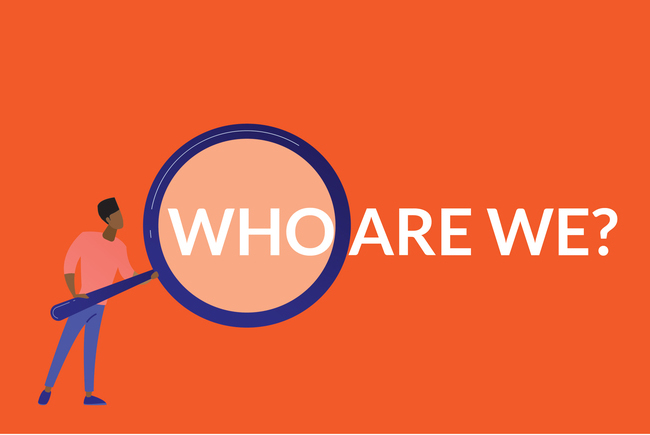 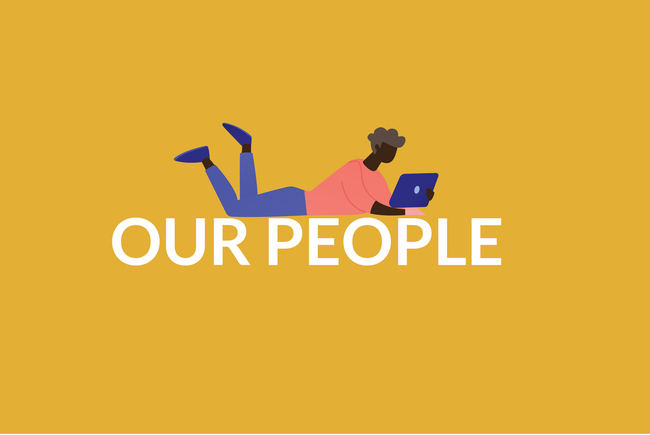 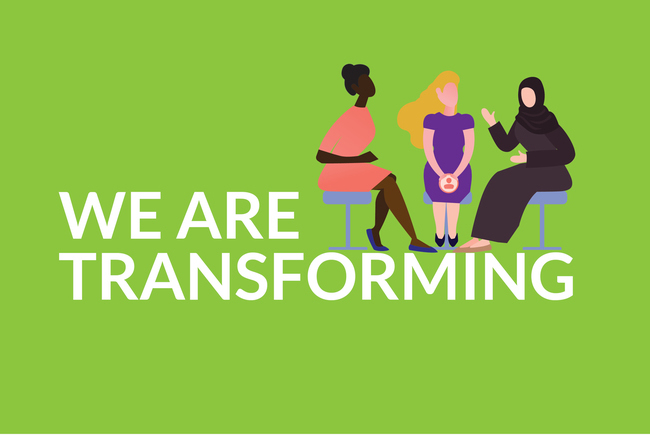 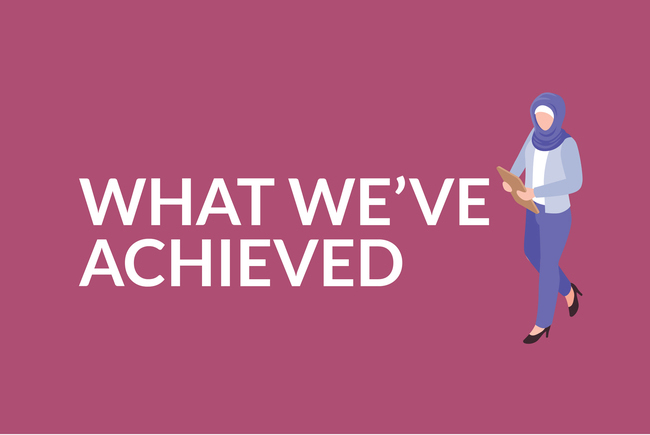 There is so much joy mixed with tears that I am holding back at the moment because I am at work. You have been a blessing to me and my family for embracing this story the way you did. Thank you, thank you, and thank you. These are the best words I can say, may you continue to do the excellent work you do. You touch UCT lives for the better. Gratefully so.

Niémah. You’ve been a delight to work with. Thanks to YOU for flying the department’s flag so high, and so well. Thank you SO MUCH!

Thank you so much for the article. I just saw my social media booming and I was wondering why. Thanks for sharing my story. It has helped me to heal.

Great job on this article. Just to let you know, I already received an offer to collaborate with another literacy programme, so time spent on this article is already well worth it. Thank you SO very much.

I wanted to thank you for a really splendid article. I have had so much positive feedback – even from my old school principal we quoted! So many people have reached out to say how inspiring my story is and I have no doubt that is due to your brilliant writing.

What a lovely article! Thank you. It made me tear up with pride, transformative work with purpose and impact. A deeply appreciative moment.

I just wanted to congratulate you on the two news stories you did on Julius Okello (I read the 2016 one first and then the 2020 one). An incredible story beautifully told – when I read the end of the 2020 one ‘Here’s to you, Dr Julius Okello’ I started sobbing. That’s what good writing is all about.

Congratulations on the excellent Vision2030 merchandise range. It looks absolutely stunning and is very consistent with the boldness of our Vision2030 massive transformative statement.

The Future UCT Graduate T-shirt makes for a very meaningful gift and I have no doubt that it will be very popular, not only with our first year students but also younger students whose parents may want to inspire them to dream bigger.

I would like to purchase more of the T-shirts in adult and children sizes. May you please send me details of prices and also whether I can make my purchase online.

Thanks again for the outstanding work!

Wow wow wow Roxanne and Lerato!! The Awards Ceremony video was OUTSTANDING!!!
Beautifully filmed and edited to produce a film with character and soul and life!!

A huge thank you to you and your team for producing a work of **art**!!

Trust that this email finds you well. I confirm receipt of my special gift. Many thanks. Greatly appreciated. Would you please be so kind to also convey my sincere thanks, appreciation, and gratitude to the UCT Executive and anyone else involved for this truly wonderful and awesome gift.

Once again, THANK YOU.

Thanks so much to the CMD exec for the lovely gift! It was such a pleasant surprise, it came on a day where I was seriously having a bad day, I was really irritated and frustrated that day, then I got a call to come collect a package. Thanks so much, brightened my day in the most beautiful way.