Emeritus Professor William Bond, Professor Estelle (Vicki) Lambert and Professor Dan Stein from the University of Cape Town (UCT) are some of the world’s most cited scholars, according to the Highly Cited Researchers 2022 list published by data analytics firm Clarivate.

This annual list identifies scientists and social scientists who have demonstrated significant influence through the publication of highly cited papers, which is defined as those ranked in the top 1% by citations for field and publication year, during the past decade (2011 to 2021).

This year, the list includes 7 225 researchers from 69 countries and regions: 3 981 in specific fields and 3 244 for cross-field impact. The number of awards exceeds the number of unique individuals because some researchers are recognised in more than one research field.

UCT is home to three of these influential researchers: Emeritus Professor Bond and Professor Stein in the cross-field category, and Professor Lambert in the social sciences. The same three UCT researchers made it onto the Highly Cited Researchers list in 2020.

Bond, who was elected as a Fellow of the Royal Society in 2021, is recognised as a global authority on open (non-forested) ecosystems, such as grasslands, savannas and shrublands. His research into the forces that shape global vegetation, including wildfire, CO2 levels and herbivores, has transformed understanding of how open ecosystems emerged.

Lambert is the director of the Research Centre on Health through Physical Activity, Lifestyle and Sport (HPALS), within the Division of Exercise Science and Sports Medicine. Her research primarily looks at the role of physical activity for public health in the Global South, with an emphasis on equity and environmental justice. She also studies the “wicked problem” of food insecurity and obesity, particularly in underserved communities.

Stein, the head of the Department of Psychiatry and Mental Health and the recipient of a lifetime achievement award at the 14th World Congress of Biological Psychiatry in 2019, conducts research – ranging from neuroscience through clinical research to public health – focusing on the psychobiology and management of anxiety and related disorders.

Find out more about the methodology used by Clarivate. 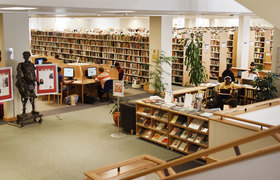