UCT ranks the best in Africa

The University of Cape Town (UCT) has been placed in the top 201–300 band of universities, according to the recently published ShanghaiRanking’s 2022 Academic Ranking of World Universities (ARWU). This is the best ranking for a university in South Africa and on the continent.

“UCT continues to be ranked the top university on the continent, reflecting – and highlighting for the international community – the excellence of our researchers and research,” said Professor Sue Harrison, the deputy vice-chancellor for Research and Internationalisation.

“We recognise that these rankings, and others like it, do not reflect the full breadth and depth of research and learning being undertaken at universities worldwide. There are many aspects critically important to institutions in the Global South that are not counted in this ranking and which our UCT values drive us to prioritise. That being said, we are excited to rank well across a wide range of indicators, including this one.”

“UCT continues to be ranked the top university on the continent, reflecting the excellence of our researchers and research.”

ARWU uses six indicators to rank universities, one of which is based on the list of Highly Cited Researchers published annually by Clarivate Analytics. With three researchers in the most recently published list – Emeritus Professor William Bond, Professor Vicki Lambert and Associate Professor Darren Martin – UCT achieved the top score in the country for this indicator, which contributes 20% to the final ARWU score.

The other five indicators used by ARWU are the number of alumni winning Nobel Prizes and Fields Medals (10%), the number of staff winning Nobel Prizes and Fields Medals (20%), papers published in Nature and Science (20%), papers indexed in major citation indices (20%), and the per capita academic performance of an institution (10%).

Harvard University topped ARWU for the 20th consecutive year. Stanford University was in second place again and the Massachusetts Institute of Technology came in third position.

During July, ShanghaiRanking’s released its Global Ranking of Academic Subjects and placed UCT among the top 100 universities in five subject areas.

Of these, UCT performed best (24th globally) in environmental science and engineering. This is because of a prestigious award in the field conferred on Dr Jackie King (now retired from UCT) in 2019.

Oceanography at UCT ranked between 51 and 75. Clinical medicine, mining and mineral engineering, and public health were placed in the 76–100 range.

For its subject rankings, ShanghaiRanking’s lists more than 1 800 universities across 96 countries in 54 subjects. UCT was ranked in 21 of these.

Read about the ARWU methodology. 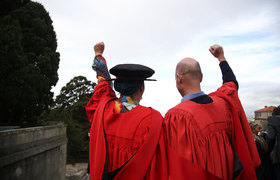 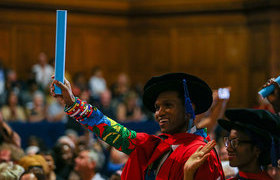