The human genome – the future in the past

Twelve researchers were offered the opportunity to reflect on the key challenges and opportunities faced by the field of genetics and genomics in an expert-led exploration. This initiative was in celebration of Nature Reviews Genetics’ 20th anniversary. Professor Ambroise Wonkam, director of Genetic Medicine of African Populations (GeneMAP) based at the Division of Human Genetics, in the University of Cape Town’s (UCT) Faculty of Health Sciences is amongst these researchers.

Genetics, the study of heredity and the variation of inherited characteristics, is the foundational biology upon which human evolution, health and disease, and adaptation are based. It is in understanding these basics, which locate the birth of humankind in Africa, that light can be shed on the future of genomics. This, according to a recent paper co-authored by Professor Ambroise Wonkam. An expert-led paper is published in the review every 10 years. The road ahead in genetics and genomics remains mindful of these researchers’ respective fields which the scientists lean on to address the current state of their work, as well as the push required in the future to enhance the benefits of genetic research and make these more practical and applicable for everyone. Through this paper the review aims to challenge the work done in recent years, while proposing new directions that could influence the global research agenda in genomic and genetic research for the years to come.

In a recent interview with UCT News Wonkam, a full member of the Institute of Infectious Disease and Molecular Medicine, referenced new research into sickle cell anaemia (SCA) on the continent – likening the human genome to a library with the 20 000 books it houses comparable to genes. Here he further explains that: “it is these individual books, or genes, that are responsible for the critical functions in the embryonic development of organ functions.” Any mistakes in the books or even their chapters, which is to say any disadvantageous mutations or variants, can lead to malformation and possible inheritable genetic diseases like SCA. These variations can also result in specific features or “looks” that can be transmitted within families. He adds that they can also result in: “susceptibility to some environmental factors for common conditions like diabetes mellitus.”

In the new review article, Wonkam shared his thoughts in the chapter titled African genomics — the next frontier. Here he reiterates that Africa being scientifically proven and so recognised as the cradle of humankind because the Anatomical Modern Human originated here, means that we are all ultimately African. This is why an African perspective becomes crucial – because learnings from these populations are often universally applicable and can be extrapolated the world over.

There is a documented migration of a small group out of Africa a few tens of thousands of years ago who eventually settled in Europe and Asia. “This group of humans took with them, in their DNA, a small proportion of genetic variation,” says Wonkam. To revisit the analogy; a small proportion of changes in the big library of life. This is to say most of the changes remain on the continent, in the DNA of present-day Africans, who have much more genetic variation than Europeans and Asians. And yet most of the knowledge that has been unearthed from human genome research today is from studies mostly performed in the present-day population of European ancestry, which do not capture variations or changes recurring frequently in, or specific to ancestral African populations. This is because there are variants for disease susceptibility that can only be found in populations of African ancestry.

Wonkam explains that: “For conditions that are due to mutations in one gene only (monogenic diseases) such as cystic fibrosis, or some cases of hearing loss, there are different types of mutations in African populations that have not yet been investigated properly. Leading to major limitations in understanding these diseases and in genetic diagnosis development.”

Without a deeper understanding of African genomic variation the world misses out on fundamental elements of understanding the human genome, and so ultimately, its relation to human health and disease. 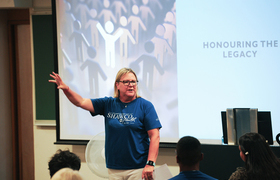 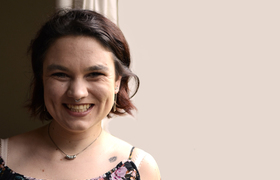 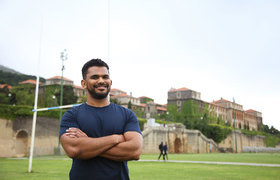 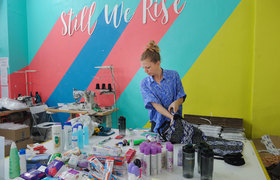