SA has reason to celebrate drop in AIDS-related deaths

News last week that AIDS-related deaths in South Africa are on a downward trajectory since the early 2000s is a victory for the country and proves that antiretroviral (ARV) treatment is powerful and effective, said the University of Cape Town’s (UCT) Professor Linda-Gail Bekker.

Bekker is the deputy director of the Desmond Tutu HIV Centre at UCT’s Institute of Infectious Disease and Molecular Medicine (IDM) and immediate past president of the International AIDS Society.

According to Statistics South Africa’s mid-year population estimates, which survey a range of statistics, the number of AIDS-related deaths in the country has dipped by half – from 30.6% in 2002 to 15% in 2020.

Speaking to UCT News after the announcement, Bekker said: “This is positive news and indicates without a doubt that ARVs work.”

“The effect [of ARVs] is truly miraculous, not only at individual level, but at population level as well.”

Following the peak of AIDS-related deaths in 2006, Bekker said health professionals have scaled up and enforced ARV treatment plans, which is now bearing fruit and having “a wonderful, visible impact”.

“The drugs have been described as having a Lazarus effect. The effect [of ARVs] is truly miraculous, not only at individual level, but at population level as well,” she said.

But health professionals cannot afford to be complacent, Bekker stressed.

She said that roughly 5 million South Africans are currently on ARV treatment and a further 3 million people living with HIV remain unaccounted for.

“We need to find these folk and initiate treatment as soon as possible. These individuals are not in the health system and so we have to go out to look for them. This will be a lot harder and it’s going to take effort and resources to look outside of the traditional health sector,” she added.

Turning off the tap

While focus on treatment is ongoing, Bekker said primary prevention (to reduce the incidence of transmission) remains fundamental to help win the war against HIV and AIDS.

“[Ultimately] we need to try and stop the transmission so we can begin to switch off the HIV taps. This will help us to limit the size of the treatment pool. Treatment is for life and it simply isn’t sustainable to have an ever-increasing number of people to treat,” she said.

“We will then not only see a mortality impact, but we will also see an impact on transmission and HIV incidence.”

Along with prevention and finding new cases, she said health practitioners should place renewed emphasis on patients who are on ARV treatment to ensure they remain “adherent” to their medication, to help keep them “virally suppressed”.

“When this happens, we will then not only see a mortality impact, but we will also see an impact on transmission and HIV incidence – and this is critical for South Africa.” 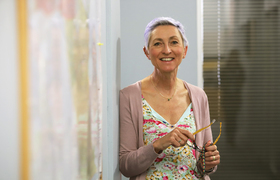