The University of Cape Town’s (UCT) star sprinter Mpumelelo Mhlongo broke his own world record at the 2019 World Para Athletics Championships in Dubai on Monday, 11 November. He came second in the 100 m combined T64 and T44 class final, with a time of 11.09, the only T44 athlete to make it into this race.

Mhlongo, who has managed to overcome all odds despite being born with amniotic band syndrome – which resulted in club foot and his right leg being shorter than his left – made UCT, and indeed South Africa, proud when he came in behind Germany’s Johannes Floors to earning a silver medal.

“I am extremely grateful to be the face of a whole team’s efforts and constant dedication to performance,” he enthused.

“This achievement is for the approximately 80 million people living with a disability in Africa. To know that your past does not dictate your future is a powerful tool when it’s matched with hard work and consistency.

“I am [most] grateful for being able to perform and, in doing so, pave the way forward for those coming after me. The support from back home and around the world has been overwhelming.”

Mhlongo’s coach, Jason Sewanyana, says he is incredibly privileged to be able to work with such a talented athlete.

“He’s broken his own world record three times this year and still keeps working hard to take the record into realms unheard of for T44 athletes. His achievements and accolades are well deserved because he is dedicated to his craft.”

Mhlongo is currently training for the World Championships and 2020 Paralympic Games. 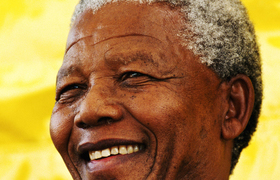