Mabuza, the centre’s project coordinator for malaria field studies and elimination activities, was presented with the award by MRC president Professor Glenda Gray at a gala dinner at the end of July. The event was attended by national health minister Dr Zweli Mkhize and Joy Phumaphi, executive secretary of the African Leaders Malaria Alliance.

The occasion also saw the launch of the Malaria Elimination Strategic Plan for South Africa, to which CCOAT contributed.

Mabuza is the former manager of Mpumalanga’s malaria programme, where he not only

improved community protection against the disease but also recognised the need for – and contributed to – research into developing better methods for malaria parasite and mosquito vector control.

On his retirement, he continued working to further research into parasite control with the southern Africa regional hub of the WorldWide Antimalarial Resistance Network (WWARN) and CCOAT, both led by Professor Karen Barnes.

Barnes said she was delighted when Mabuza agreed to join her team.

“His decades of malaria experience, intimate knowledge of the communities we are working to help and deep understanding of the health system help us to ask the most relevant research questions, and develop treatment strategies that are feasible and sustainable,” she said.

“His decades of malaria experience, intimate knowledge of the communities we are working to help and deep understanding of the health system help us to ask the most relevant research questions.”

Barnes first met Mabuza in 1996 when they were both appointed as members of the National Malaria Advisory Group to the Department of Health. They did their first research study together in 1998, after which their partnership continued uninterrupted.

Ongoing CCOAT studies in which Mabuza plays a key role include the roll-out of primaquine to reduce malaria transmission, and using a range of tools to enhance surveillance for antimalarial resistance, known as the WWARN Smart Surveillance for Malaria Elimination (SS4ME).

In an extraordinary career that has spanned almost four decades, Mabuza has been a keen collaborator with malaria programmes and researchers across Africa, including in Mozambique, Comoros, Equatorial Guinea, Ghana and Sierra Leone.

He has often repeated that malaria control, let alone elimination, cannot be achieved in isolation, a sentiment shared by CCOAT and WWARN, which have more than 280 partners globally.

Born in Mpumalanga, Mabuza grew up knowing about malaria as a killer disease. He attended under-resourced rural schools, leaving school before he could finish matric to help support his family.

In 1977, he started work as a health assistant in the Department of Health, working on TB control, immunisation and public health education. He joined the malaria programme as a malaria control field officer in 1983, and it was during this time that he also completed matric.

“I learned as a child to watch people and to see how I could help make things easier. And that is how I have worked in malaria.”

In 1988 he became an environmental health officer, with his responsibilities including inspection of food handling at businesses, cholera monitoring and investigation of typhoid cases. This all paved the way for his return to the Mpumalanga Provincial Malaria Programme in 1991, where he rose steadily through the ranks to become the provincial malaria control programme manager from 2004 to 2014.

Barnes cited the improvement of malaria notification and malaria case investigation among his many achievements.

“His model attracted the interest of neighbouring countries (Swaziland, Namibia and Botswana) to come and benchmark their programme in relation to the Mpumalanga malaria programme,” she said.

A delighted Mabuza described himself as “a quiet person”, but said he and his family were very happy about the award.

“I learned as a child to watch people and to see how I could help make things easier. And that is how I have worked in malaria. Trying to find ways to help people understand, dealing with problems,” he said, adding that public health problems are always complicated and require teamwork to come up with solutions.

“And you have to be persistent and patient, because changing these things takes time.” 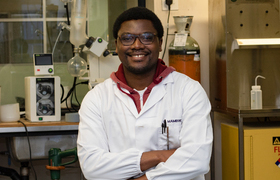 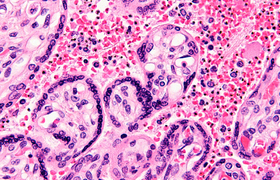 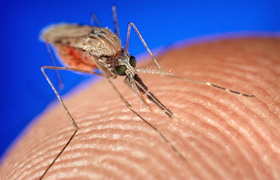