A total of 130 players from 14 universities across South Africa competed in the annual contest, which took place at the UCT Sports Centre between 30 June and 3 July.

UCT’s Shaun le Roux, who earned himself a final sixth spot in the Men’s A division, won two of his matches, losing 1–3 to Kundanji Kalengo, who finished in second place overall, behind Ndhlovu.

Le Roux beat the no 1 player from Nelson Mandela University Warren Bower 3–0 to end as the top-placed UCT men’s competitor.

The university’s top-placed Women’s A competitor Shannon Harvey finished in 11th overall in her division after emerging victorious in two of her games. She beat opponents Shanel Potgieter (3–0) and Nothando Ntimane (3–1).

“The university’s top-placed Women’s A competitor Shannon Harvey finished in 11th overall in her division after emerging victorious in two of her games.” 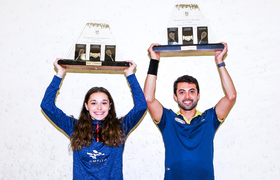 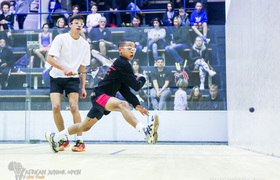