Fagan is Professor and Chair of UCT’s Division of Otolaryngology. Chapters of his multi-authored online surgical textbook, known as the “Atlas”, are hosted on the UCT Vula webserver.

“It’s possibly the most read ear, nose and throat (ENT) textbook in the world,” he said of the Atlas, which received the Open Education Consortium’s 2017 Award for Open Education Excellence. The top five users are the United States, India, the United Kingdom, South Africa and Spain.

Almost every country in the world has accessed the Atlas, a boon for developing countries where access to educational and scientific material is key to improving the quality of ENT care.

Many ENT trainees in developing countries are not salaried, and even specialists earn very little.

Not only are textbooks unaffordable; the content is often inappropriate for limited-resource settings.

Compared with large ENT textbooks that sell small quantities, chapters of the Atlas (and of Fagan’s second online textbook, Open Access Guide to Audiology and Hearing Aids for Otolaryngologists) have been downloaded almost 2.3 million times, currently at a rate of 2 100 a day (that’s every 41 seconds, Fagan pointed out).

Most users (52%) are aged between 25 and 34, which shows that young doctors are the main users, and most users (58%) access the textbooks on their desktops, while 36% access it via their mobile phones.

Information at your fingertips

When Fagan initially raised the possibility of making old, out-of-print editions of two reputable textbooks available online, the publishers refused permission. Fagan then self-published the Atlas in 2012, followed by the Guide to Audiology and Hearing Aids for Otolaryngologists in 2013, co-edited by DeWet Swanepoel and Claude Laurent. The textbooks are registered with the Creative Commons, and content may be copied and used freely.

“One can write and add one chapter at a time, authors retain copyright, and chapters can be updated or edited at any time. Because they are web-based, their reach is far and wide, even in conflict zones; and niche topics – even ‘outdated’ procedures, such as using a hammer and gouge to do ear surgery, which is no longer used in modern hospitals – can be included.”

The collective response has been phenomenal. Some 134 authors from 23 countries have written 107 chapters for the Atlas and 26 for the Audiology textbook. The benefits for users are clear.

Gone are the days of editors wringing their hands about what to include when planning a textbook.

“We can now rank the most popular topics according to downloads stats,” said Fagan.

To his surprise, the most popular Atlas chapter is titled “Pectoralis Major flap” (the Pectoralis Major is also known as the Pec Major – a thick, fan-shaped muscle at the upper front of the chest wall), something he would never have predicted.

“Most chapters have been translated into French, Portuguese and Spanish by volunteers.”

Most chapters have been translated into French, Portuguese and Spanish by volunteers, and Fagan is calling for volunteers to translate the remaining few chapters into all three languages.

While the possibility does exist that the textbooks could be monetised to raise funds for training ENT specialists or providing cochlear transplants in developing countries, Fagan said the contributors want it to remain a philanthropic venture.

However, there are “watch points” in the new world of open access publishing, in terms of quality control.

Fagan suggested that medical societies should take the lead in advising their members which reputable YouTube videos, textbooks and journals to watch, read and be published in. 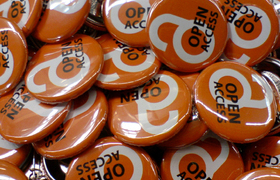 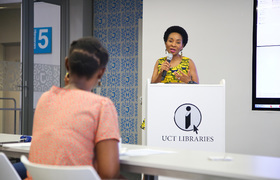 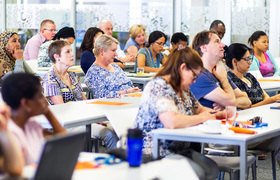 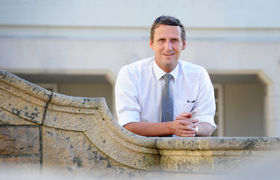