7de Laan stars Zane Meas and Christo Davids have teamed up to present Van Wyk – The Storyteller of Riverlea, which explores the life of renowned South African author and activist Chris van Wyk.

Created and performed by Meas and directed by Davids, the production examines Van Wyk’s influence as a poet, writer and political activist, his family life and his battle with cancer. It also pays homage to his humour, political values and storytelling abilities.

Van Wyk grew up in Riverlea just south of Johannesburg, a township designated for coloured people during apartheid. It’s a community he lovingly brought to life in Shirley, Goodness & Mercy (2004) and Eggs to Lay, Chickens to Hatch (2010). In these memoirs, he pays tribute to the strong and resourceful women in his family and community, particularly his mother (the “Shirley” of the title) and grandmother.

Among his 20 books are poetry collections, an adaption of Nelson Mandela’s Long Walk to Freedom into a book for young readers, a series of short biographies of liberation struggle figures for school children, and A Message in the Wind (1982), which won the Maskew Miller Longman Award for Children’s Literature.

“Van Wyk found his inspiration in the ordinariness of life; his imagination and craftsmanship transformed it into something extraordinary, even magical.”

Some of his individual poems have been published in Europe, Turkey, the United States and Canada. In 1996, he received the Sanlam Prize for the best South African short story for Magic.

As an activist, he pulled no punches when calling out racial and social injustice. His well-known anti-apartheid poem “In Detention” appeared in the collection It is Time to Go Home (1979), for which he received the Olive Schreiner Prize.

His writing gave insight into his creative spirit. His humour spoke of a capacity for resilience and an irrepressible appetite for life, even in complex circumstances.

Van Wyk found his inspiration in the ordinariness of life; his imagination and craftsmanship transformed it into something extraordinary, even magical.

In Eggs to Lay, Chickens to Hatch, he explained that “writing a memoir is a little like travelling into your own past”.

Van Wyk – The Storyteller of Riverlea, which Beeld’s Johan Myburg said “confirms Van Wyk as an innovative writer who deserves to be read”, runs at the Baxter Flipside Theatre from 12 to 29 June. Shows are at 19:30 nightly.

Early bird tickets are available for purchase at R100 before 7 June. These are for performances from 12 to 15 June.

Ticket prices are R120 from Mondays to Wednesdays and R150 from Thursdays to Saturdays.

Tickets for scholars, students and block bookings of 10 or more are R100 per ticket. Booking is through Webtickets on 086 111 0005, online or at Pick n Pay stores. 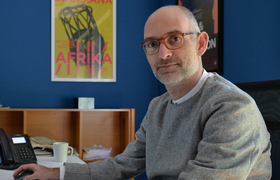 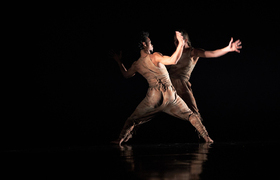 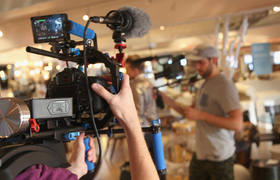