Inspired by what they learnt at the University of Cape Town (UCT), five young graduates are taking a year out to cycle from Cairo to Cape Town, to explore Africa up close from a developmental perspective. Interacting with local people to hear about their needs is key to their OurAfricaPolePole endeavour.

HS: You mention that the team were inspired to do this by what they learnt at UCT.

MR: So much of what we experience every day is influenced by what we were taught at UCT. Travelling in Africa makes all the theory and research we studied on development come to life. As our mission states, we believe there is intrinsic value in taking the time to stop and listen to voices that are almost never part of the “development conversation”.

We hope that engaging with young people on these issues will encourage them to believe that they have what it takes to be change-makers. Also, collectively the insights that emerge will contribute to the understanding that international organisations and individuals have of “development” in Africa.

We hope that the fresh insights from the people we engage with will alter the conversation that informs development action in a positive way. In sharing this story, we know that people removed from Africa’s reality will begin to see our continent in her true light – rich in community and creativity, [with a] deep desire to live in harmony and willingness to work for a future that includes all Africans.

“Being on a bicycle means being able to stop and engage with people in way you canʼt travelling by car...”

HS: Why did you opt to cycle?

MR: My brother Robbie and I grew up cycling and travelling the dirt roads in South Africa. We saw a different kind of life out on the farmlands and both loved being outdoors. Being on a bicycle means being able to stop and engage with people in way you canʼt travelling by car. So, we knew it would be a special way to connect with our continent. About a year ago I was home for a holiday after doing a development economics master’s at Oxford and said to Robbie I was thinking about spending a year cycling through Africa to learn more about development. Robbie said, “Ja, I've been thinking the exact same thing!” And so we took out a map and started [planning] and inviting friends to join. Jess, Angus and Suz...

HS: How far have you come?

MR: We are in Kitale, Kenya. We are about to cross into Uganda where we will meet Suz (who is in packing mode and much less stressed now that sheʼs handed in her master’s project) in less than a week! 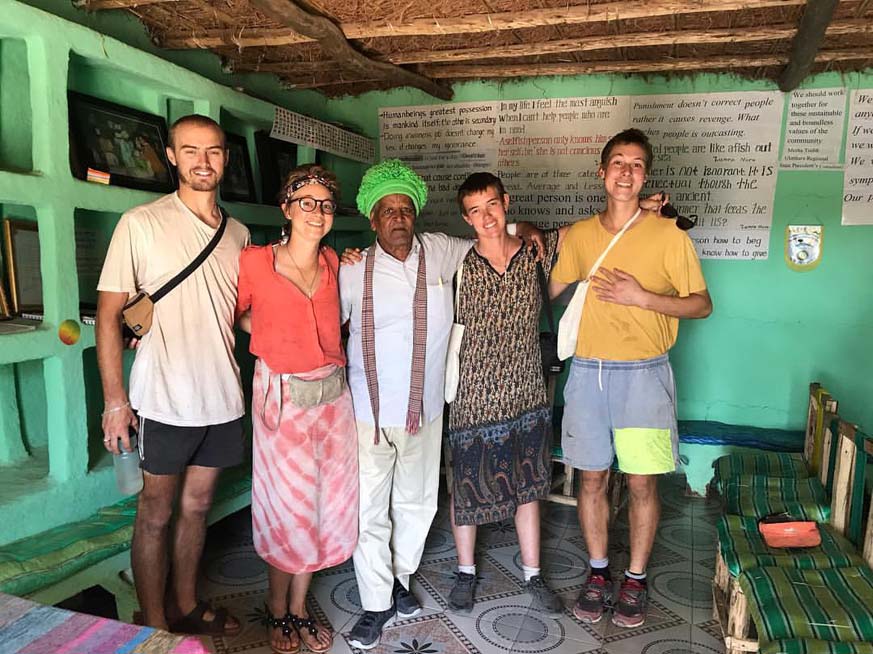 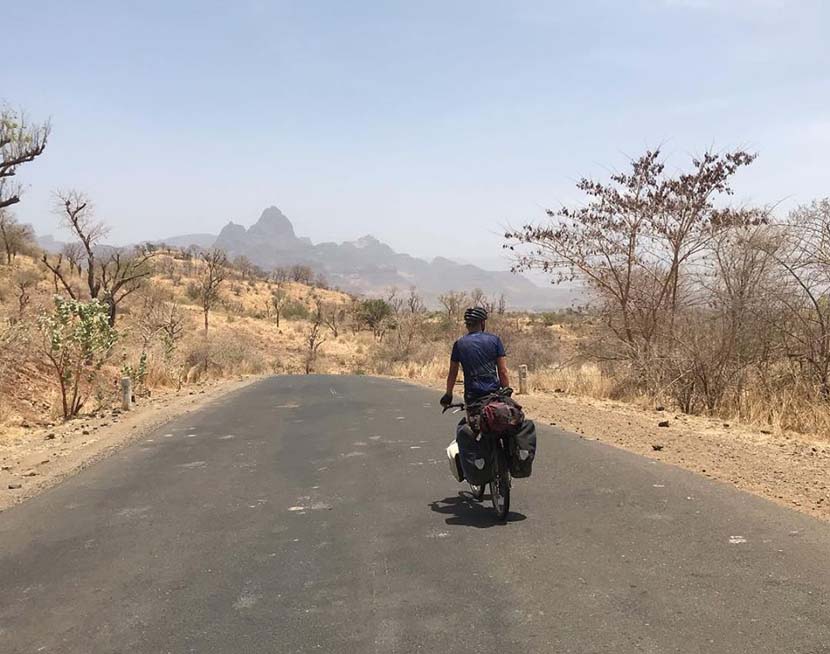 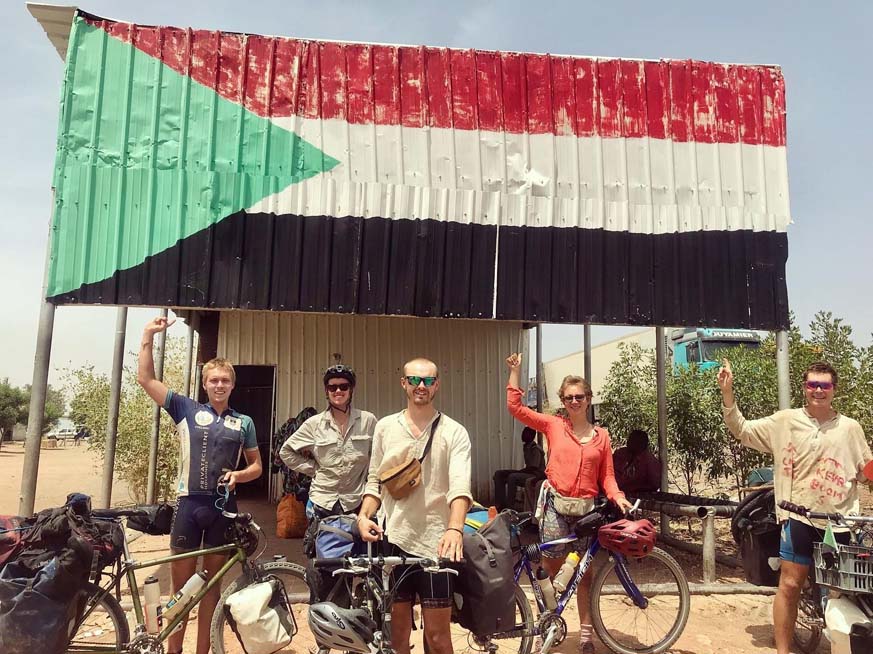 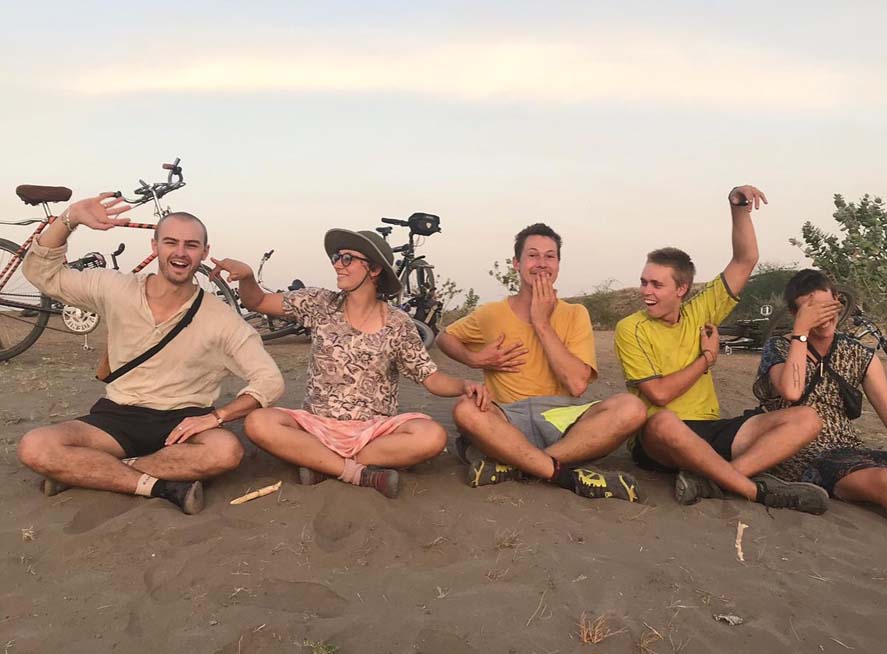 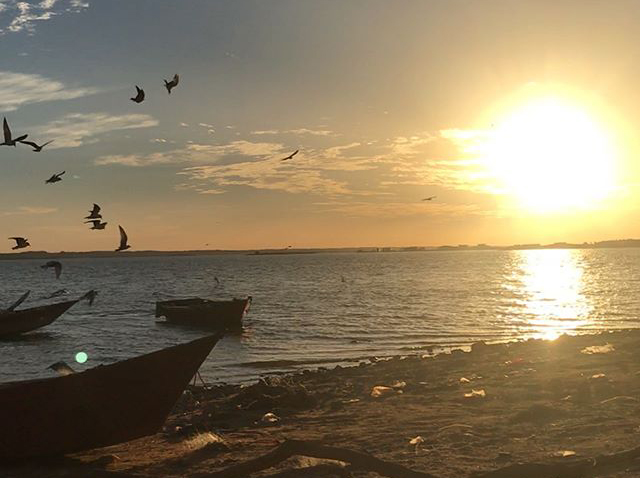 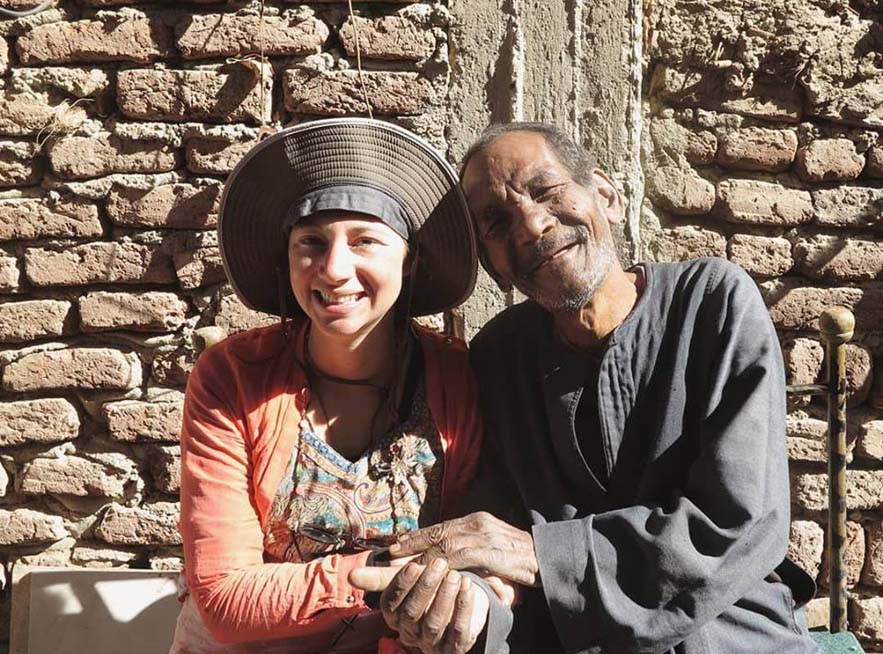 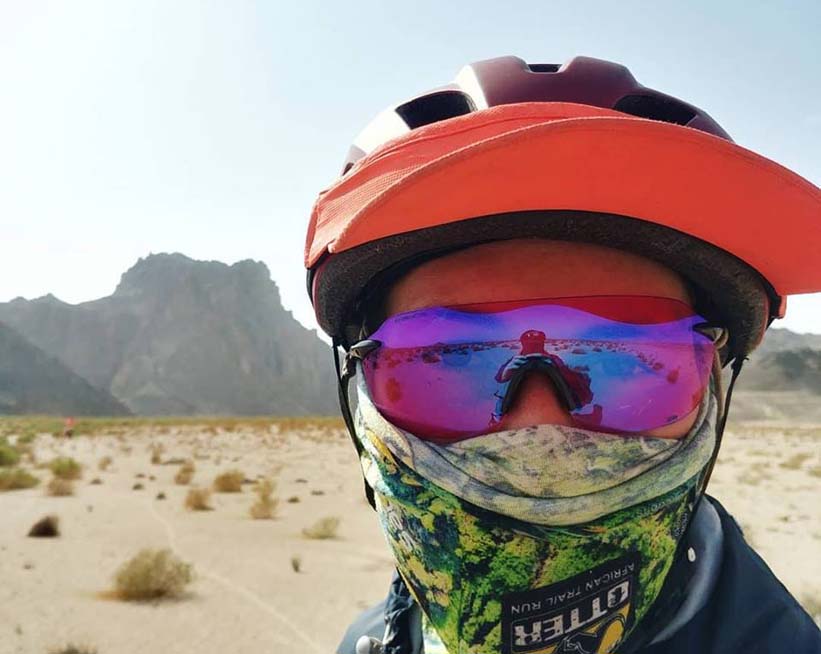 Some of the adventures of the five young graduates, en route from Cairo to Cape Town.

HS: Have there been any security issues along the route? This is top of mind after a group of South Africans was involved in a tourist bus blast near the Giza pyramids, and with the civil unrest in the Sudan.

MR: We have never felt unsafe. We were in Khartoum, Sudan, when the protests were happening there. But like the protests at UCT [2015 to 2017], there was an atmosphere of expectant positive change rather than fear. A lot of people warned us about security risks entering Sudan, but we found it to be extremely peaceful and unbelievably safe with almost zero crime.

Even in the areas of unrest in Ethiopia, which UK travel advisors tell foreigners to avoid, we had no problems. So, it seems the media takes a few isolated incidents and unfortunately labels the entire region as dangerous.

The saddest part is that Africans see their neighbouring countries as scary and are hesitant to travel (also visas are prohibitively expensive). People in Egypt thought we were crazy going to Sudan, let alone Ethiopia! Some of the Kenyans were surprised we werenʼt harmed in what they see as very dangerous Ethiopia.

And lots of South African family and friends – who live in cities with the highest crime rates in the world – also worry about safety up here. Itʼs really safe where weʼve travelled, and weʼd love for more Africans to travel the route!

“We've been blown away by the hospitality and kindness of people living in rural areas who have so little materially but welcomed us warmly to stay and eat with them...”

HS: Highlights or lowlights that stand out in an already eventful trip?

MR: Weʼve been blown away by the hospitality and kindness of people living in rural areas who have so little materially but welcomed us warmly to stay and eat with them... The freedom of being on bicycles, having transport in the cities we spend time in, and being able to stop wherever we are when the sun gets low in the sky. Taking the ferry from Aswan [in Egypt] to Wadi Halfa [in Sudan] was incredible.

The Ethiopian food is a complete treat. In Egypt we got to see the Valley of Kings for next to nothing because we had African passports. Lowlight: because of incidents such as the [tourist bus attack at the] Giza pyramids you mentioned, the police are super protective. This meant they escorted us everywhere they could, which prevented us from really engaging with the locals.

In Sudan there were an almost overwhelming number of invitations for food and places to sleep. Sometimes we were even unwittingly hijacked as guests from one family to the other!

In Ethiopia it’s been the strength of the culture and identity. Ethiopians are incredibly proud of their culture. On the other hand, because of the strong identity, we were made very aware of our otherness in some situations. An interesting learning experience.

In Kenya the highlight was fresh fish from Lake Turkana and being able to eat it in a quiet, wild campsite in the beautiful savannah. The lowlight was seeing the hardship the drought has brought to the people living in the Turkana region. At the same time, we were immensely touched by the water we were given from the communityʼs precious reserves, which the mothers fetched in a jerrycan from a hole in a river bed.

HS: How has the pace of travel been? I know “slowly, slowly” is the mantra but does the group have a timeline?

MR: It has been slow. Most others do what we are doing in five months or so. It's been great though. Weʼve been able to stop and spend a week in places weʼve loved – like Addis Ababa. We do have a bit of a schedule though. Weʼre meeting a group of family and friends in southwest Uganda for a mini 10-day cycle on 11 June so we need to be there. What we need to do to get home for Christmas is 50 km a day, so we do about 70 km to 80 km on the days we ride and then have a couple of rest days each week.

MR: It’s an experience I wish every African student studying development could have – travelling the continent to learn about each other’s contexts and contributions to African development. Sadly, it is very difficult for Africans to travel across borders.

Oh, weʼd love to meet any alumni on the way if they live in one of the countries weʼre passing through. Also, anyone interested is very welcome to join! 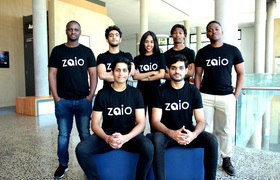 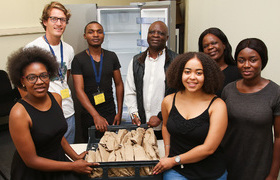 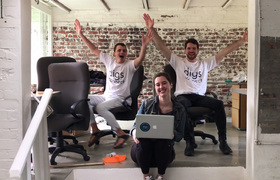