The untapped potential of DNA technology to significantly boost healthcare in Africa, including the acceleration of diagnosis and treatment of threats like HIV and tuberculosis, substantiates the urgent need for focused investment in genomics.

That was the appeal from Professor Ambroise Wonkam, director of the University of Cape Town’s (UCT) Genetic Medicine of African Populations (GeneMAP) research centre, when he delivered the first Vice-Chancellor’s Inaugural Lecture for 2019 this week.

Addressing the topic “Enabling genetic medicine”, Wonkham, who is also the deputy dean of research in the Faculty of Health Sciences, pointed to the fact that while Africa accounts for 15% of the world’s population, the comparative figure for global research and development investment is just 1.3%.

“Today I need to convince you that we need to invest in genetics to improve medicine and especially medicine in Africa,” Wonkam said.

He named lack of investment in innovation, and a dearth of knowledge and expertise among medical professionals, as two of the biggest challenges in the field. While the number of scientists participating in genomics research around the world continues to grow, he said, there is little evidence of its impact in practice, especially in Africa.

“Today I need to convince you that we need to invest in genetics to improve medicine and especially medicine in Africa.”

“The knowledge of genetics is limited on the continent, even among medical professionals.”

Medical genetics, put simply, refers to a branch of medicine that involves the diagnosis and management of hereditary diseases. It also refers to the application of genetics to medical care.

Wonkham described the human genome as a “library of life” with 46 “shelves”, which geneticists call chromosomes. These chromosomes include “20 000 books”, or genes.

While human beings are 99.9% similar genetically, despite different facial features and dialects, there are other factors to be considered.

“What is so specific in [an] individual with blood clot disorder, or [a] man with hypercholesterolaemia, or [a child] with albinism? What they all have in common is genetic variations – all of them. They have one change in their library, and that is what makes them different,” he said.

Addressing the benefits of improved genome research, Wonkam listed improved diagnosis of disease, the detection of genetic disease predispositions, and the design of efficient drugs for genetic diseases.

“But we are not investing much in [this] research,” he said.

One of Wonkam’s primary research areas is sickle cell disease (SCD) – the most common genetic disease. It affects the body’s haemoglobin, the molecule in red blood cells that delivers oxygen to cells throughout the body. SCD causes the red blood cells to change from a round shape to a banana shape, causing them to stick to blood vessels.

He said that SCD, which kills more than 300 000 newborn babies in Africa every year, causes kidney failure, strokes and heart attacks. This high death toll is in spite of his research findings that show there are several levels of prevention and care that should be implemented for SCD.

“We believe that in the next 10 years we should have more African scholars, based on the African continent, studying genetics, who will produce enough data relevant to the continent.”

“Our hope is that in the future, if we have a child born with SCD, by looking at all the variations in the many genes, we may be able to predict that this child will have a stroke and we will [be able to] start blood transfusion immediately,” Wonkham explained.

Stressing the importance of genetic technology, he said it should be a priority for all nations.

“We believe that in the next 10 years we should have more African scholars, based on the African continent, studying genetics, who will produce enough data relevant to the continent.

“We can get there if we work hard, and the international community will trust us. My hope and expectation is that Africa will, in time, be visible on this map.”

UCT Vice-Chancellor Professor Mamokgethi Phakeng said Wonkham has dedicated his life to understanding human genetics for the betterment of the public healthcare sector.

The purpose of the inaugural lectures, she explained, is to provide those who have achieved the highest academic rank with a platform to share their research, and the way in which it benefits the country, continent and the world at large.

“Professor Wonkam is the perfect example of how we, at the tip of the African continent, are creating and sharing knowledge with the rest of the world.”

A recipe for homegrown vaccines in plants: water, light and sugar A collaborative study has shed new light on how vaccine production in plants is impacted by the host plant machinery. 03 Aug 2021 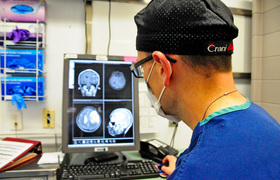 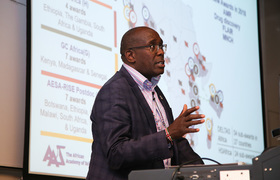 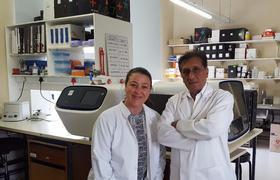