Water outlook: what next for Cape Town?

World Water Week 2018 is an opportune time to reflect on precious water resources, how we are using them and how we want to use them in the future, says Dr Kevin Winter, from the University of Cape Townʼs (UCT) Future Water Institute.

The annual event, which takes place in Stockholm from 26 to 31 August, focuses on global water issues with the aim of both fostering new thinking and developing solutions to the most pressing water-related challenges of today. This yearʼs forum will address the theme: “Water, ecosystems and human development.”

The first, Day Zero, was averted thanks to a combination of rainfall, a reduction in water demand which has been sustained over the past few months, and the use of water demand management technologies that have improved the management and measurement of water distribution and use.

There has however been criticism of the City of Cape Town’s management of the crisis, which has resulted in increased water tariffs, fixed costs, low water pressures, ongoing tight water restrictions and incorrect water billing.

“Nevertheless we have dodged Day Zero, and a city that was hurtling towards a catastrophe in April has been relieved of the anxiety and stress of enduring extreme water rationing,” he says.

Currently, dams supplying the city are over 60% full and the daily water use is being maintained at about 500 million litres per day, which represents a 55% saving in water use compared to January 2015.

According to Winter, the reality of a potential second catastrophe is slowly being recognised.

“The City of Cape Town has avoided the need to invest in expensive augmentation projects such as large-scale desalination plants that would be a burden on taxpayers for years to come.”

There are lessons to be learned from elsewhere, he says, like the many Australian cities, for example, that invested in water projects to address an immediate crisis but which instead created longer term crises. This was because these projects are often over-designed, expensive to maintain and became an environmental burden.

Cape Town has been let off the hook for the time being, but what should the city do next to avoid another Day Zero scenario, and being forced to invest in crisis?

“Now we have some breathing space to reorganise, plan and build public confidence and trust.”

“This is the moment to collectively determine a new vision for the future of water resource management for Cape Town which reflects the goals, values and outcomes of the people toward a long-term strategic water plan over the next 30 to 50 years.”

Understandably, the crisis in the Western Cape has thrown the spotlight on the need to increase water supplies, says Winter. Supply issues will continue to dominate in a city that is facing rapid urbanisation, increasing population and changing climate concerns.

Cape Town’s water crisis has started a new conversation but it is necessary to keep the memory of the crisis alive. The challenge is how to manage Cape Town’s water in such a way that it enhances living conditions, livelihoods and health, and provides an assurance for future generations.

“This is the moment to collectively determine a new vision for the future of water resource management for Cape Town which reflects the goals, values and outcomes of the people toward a long-term strategic water plan over the next 30 to 50 years,” he says.

“It requires a compelling vision for the future and a framework to guide a strategic water plan.”

The Western Cape Water Supply System Reconciliation Strategy plan was developed in 2007 and has been modified in subsequent years. It is a long-term guide for future investments in the supply system, but is largely confined to augmentation and large-scale supply projects.

What is missing, says Winter, is a long-term urban water management plan for the city that is capable of managing the full water cycle within the city. The plan needs to prioritise current water resource management failure or neglect within the city to ensure:

Winter says that a feature of South Africa’s governance landscape is the roll-out of high-level plans that fail to lead to implementation.

“Plans without a transitional programme never translate into implementation. Now that Cape Town has some momentum it has the potential to develop the vision of a future water-sensitive city into reality.

“The concept of a water-sensitive city has a central role in shaping a city because it will have to focus attention on addressing key social and environmental vulnerabilities that impede the socio and economic development of the city.”

The City of Cape Town is making a start on drafting a Water Strategy Plan. This is encouraging, says Winter, because is signals a change in the approach to water management.

“We can learn from other cities. For example, the Greater Sydney, Australia, water strategy plan began the process [and] took the decision engage a wide range of stakeholders in the development of the plan.”

The Sydney plan reflects the long-term vision and aspirations of stakeholders, as well as the transformative changes that were possible and how these could be achieved, continues Winter. It was secured with an agreed vision of a “beautiful, prosperous and resilient city with thriving communities, healthy ecosystems and cherished urban landscapes supported by active water stewardship”.

The water crisis in Cape Town has reinforced the city’s dependence on a limited water supply system. During the crisis the city invested in small, relatively inexpensive schemes such as desalination, groundwater abstraction and water reuse.

“They were necessary but expensive lessons, but useful as test bed cases and in learning more about the scale and operations required to manage these projects,” says Winter.

“Now that there is some breathing space, there is an opportunity to invest in the future prosperity and social transformation of the city that will depend on enhancing liveability, sustainability and resilience that is capable of adapting to climate change and rapid population growth. It will mean shifting the conversation beyond water supply alone.” 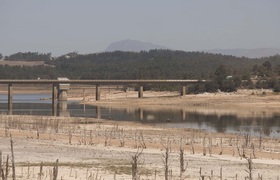 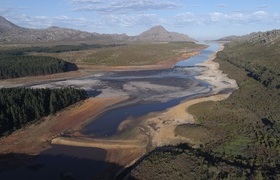