Acclaimed Around the Fire back on stage for Women’s Month

Acclaimed South African playwright Siphokazi Jonas, who is a University of Cape Town (UCT) master’s graduate and gives back through her work as a teaching assistant at the university, is bringing her sold-out production Around the Fire back to Cape Town to mark Women’s Month.

The writer, performer and poet has written, produced and performed in three one-woman poetry productions: Poetry Under the Stars, Wrestling with Dawnand Conspiracy Theory. She debuted Around the Fire to a standing ovation at the Artscape Spiritual Festival in 2016, and is now set to return to the Artscape Arena from tomorrow, running until 11 August, with an “unpacked, rebuilt and infused” version of her show.

Jonas says that while she stays true to the original South African script, patrons can expect an adapted narrative that is a unique fusion of theatre, poetry and live music.

The production centres around four women from very different backgrounds who find themselves sharing a makeshift fire on a rainy Cape Town evening. Brought together by unexpected circumstances, they form a bond which she says is as “fierce and fleeting as the fire”.

“It’s about breaking down barriers, of all kinds.”

“Around the Fire was always intended as a catalyst to start a conversation and our 2016 performance did that very successfully. I have capitalised on that and woven in audience feedback and reaction, while taking into account our current and future reality. That is what new and returning audiences can expect.

“It’s about breaking down barriers, of all kinds, and I believe Around the Fire is very much a part of helping fuel that movement, through the arts.”

She says South Africa has a very rich oral history that predates colonialism, “and it’s important for us to teach and do praise poetry in indigenous languages”.

Jonas has introduced this in her work as a teaching assistant at UCT, and has started an online seminar where she teaches praise poetry, including to students from abroad.

She has also been a featured act in the Inzync Poetry Sessions, Expression Session Kuilsriver, Grounding Sessions, Artsemble and the Joburg Theatre Open Poetry Sessions. In 2016 she released the first live poetry DVD of its kind in South Africa. 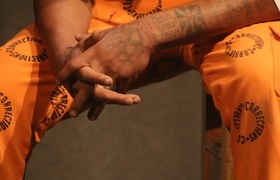 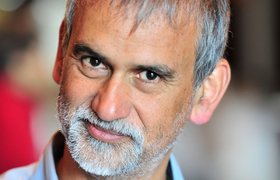 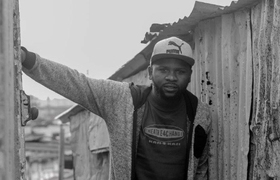