Now in its fifth iteration and hosted for the first time in Africa, the conference welcomed some 1 200 delegates from universities, and development and government organisations the world over.

As the world’s leading conference on climate-change adaptation, topics ranged from improving water systems to adapting health sectors to deal with climate change.

In the latter group, a panel of delegates from the World Health Organization (WHO), United States Agency for International Development (USAID) and the World Bank (represented by UCT alumnus Amelia Midgley) met to discuss how climate-change adaptation may be integrated into the development of the health sector in Africa.

Climate change, named by the WHO as the biggest global health threat of the 21st century, is complex and multifaceted. It is expected to cause an additional 250 000 deaths annually worldwide between 2030 and 2050, due to malnutrition, malaria, diarrhoea and heat stress. But African health ministries are only now coming to understand its impact on the seasonality of disease and the provision of health services.

“African health ministries are only now coming to understand its impact on the seasonality of disease and the provision of health services.”

The session outlined how, through adaptation measures, the impact of climate change on diseases and other health outcomes might be reduced. Specifically, it looked at how development organisations such as the World Bank, the WHO and USAID are working to address climate and health challenges on the African continent.

Health is far behind

The WHO has been working in this sector for more than 20 years, explained panellist Professor Kristie Ebi, from the University of Washington’s Center for Health and the Global Environment.

The organisation has spent a lot of time helping government ministries to understand the health risks of the changing climate, she said.

“And what I hear from the countries that I have the privilege to work with is: ‘This is a new issue.’ They don’t understand it. They need training, capacity building, and help getting past the first hurdles.”

This might include conducting vulnerability and adaptation assessments, identifying adaptation options, and so forth.

“Doing a big vulnerability and loss assessment costs money. And often that money might be better spent just putting basic health systems in place. So, there is definitely a tension.”

“Ten years ago, when I was talking to government officials all over Africa, their major concern about climate change was agriculture … [The agricultural sector was] aware of weather changes, was thinking about the impacts on crops and livelihoods, had connections to met [meteorological] agencies.”

But it was not until roughly five years ago that Blaine noticed these issues being picked up by ministries of health.

Speaking to her work measuring the effects of climate change on health in Madagascar, Midgley (an economist) outlined the need for additional resources to build resilience in the health sector. Investing in healthcare adaptation will save money in the long run, she said.

“There’s a lot that can be done even with no resources.”

“The new approach that we are trying to get operationalised [at the World Bank] is that [health resilience strengthening] shouldn’t just be an add-on. And that if it is considered an add-on, it just adds costs to the project,” she said.

“You could build a health facility in the wrong place, for example, which might lead to massive costs down the line. So the bank is trying to avoid those kinds of ‘stranded’ assets, or assets that might get destroyed.”

But it can be difficult to convince people that the initial cost of investing in resilience is worthwhile, she noted, calling for strong economic arguments to back up the approach.

But how does one campaign for investment in climate-change adaptation in resource-strained settings? Such questions are particularly relevant in the healthcare sector, belaboured as it is with more ‘immediate’ and everyday challenges.

“Then there is a trade-off again,” said Midgley. “Doing a big vulnerability and loss assessment costs money. And often that money might be better spent just putting basic health systems in place. So, there is definitely a tension.”

Ebi pointed out that a lot could still be done, even with no resources.

“Once people have awareness, you don’t even need to develop an early-warning system,” she said.

In integrating some basic planning, one can begin cutting costs quite effectively.

“I’ve done work in the Pacific, where you just plot out rainfall and plot out diarrhoeal disease … And just with very simple information you can start understanding when we need the drugs.” 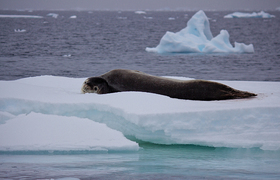 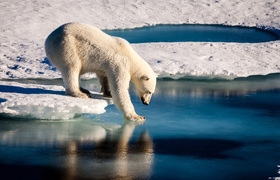