Social grants are essential to the poor but unsustainable as a solution to income inequality. Research shows that economic growth is needed to sustain social grants and bring more people into employment, writes PhD candidate Janina Hundenborn of the Southern Africa Labour and Development Research Unit (SALDRU) in the School of Economics.

A recent study that analysed the development of income inequality over the past 20 years shows that the lives of many South Africans are shifting for the better, but not quickly enough. As Cyril Ramaphosa takes South Africa into a new chapter, government needs to look at what has worked and what has not and make wise policy choices that will deliver on the ANC’s overdue promise of a better life for all.

South Africa remains one of the most unequal nations in the world, and the research names the vast wage gap as a major contributor. There are a few who earn millions, too many who are earning vulnerably small incomes, and many who are unemployed with no earnings at all.

The study, titled “The Drivers of Inequality in South Africa”, used household survey data from the Department of Planning, Monitoring and Evaluation’s National Income Dynamics Study (NIDS), for the period 2008 to 2014/15, and data from the 1993 Project for Statistics on Living Standards and Development (PSLSD).

By analysing the income dynamics of households, the study found that although inequality had started to fall post-1994, there remains an urgent need for further improvement. It also found that some current solutions, including social grants, though particularly helpful to the poor, are not sustainable in the long term.

NIDS, which follows the lives over time of approximately 28 000 South Africans and the people they live with, is the first and only national longitudinal study of its kind in the country. The study has illuminated the realities of life for ordinary South Africans over the past decade and is informing research and policy decisions to improve their lives.

NIDS makes a great effort to account for income through various sources: employment (including wages), money sent from family members (remittances), social grants or money earned from investments. Individuals earning any form of employment income, formally or informally, were counted towards the employed in this research.

Despite these efforts to account for all types of earnings, the research found that the largest driver of income inequality is the labour market. South Africans still earn vastly differently. But there is some good news. The research found that most households receive at least some income from labour market sources. The proportion of households receiving such income has steadily increased from 60.5% in 1993 to 73% in 2014. During this period, changes in incomes from the labour market caused the Gini coefficient, a standard measure of inequality, to decrease slightly.

Looking specifically at investment income, the research found that steep levels of inequality in investment income (stocks, loans, rentals, private pensions and retirement annuities) can be attributed to the fact that wealthier households have more income to invest, and are likelier to earn income in this way. However, households with excess income tend to spend rather than save and invest. Why this is the case is an important area for future research.

The research has also made it clear that households with very low income from other sources have benefited greatly from the income they receive from social grants. Social grants are therefore a significant mitigating factor, reducing income constraints – a sign that this policy is achieving its desired effect. It’s also clear that without this important financial source, current levels of inequality would be much worse.

But, as mentioned, social grants are not a long-term solution. The challenge is to ensure economic growth that can both sustain the continued payments of social grants, as well as bring more people into employment.

“The challenge is to ensure economic growth that can both sustain the continued payments of social grants, as well as bring more people into employment.”

Critically, the root cause of inequality – high inequality in the labour market – needs to be addressed. Many households are still relying on social grants to survive, and many more – up to 38% according to the research – use remittances to supplement their incomes. This means there are not enough South Africans earning “liveable wages”.

There are many possibilities at policy level to remedy income inequality, although labour market reform geared towards large-scale job creation in the long-term should top the list. This is no small challenge. As such, a manageable, medium-term starting point could be to encourage self-employment through policies that support starting small-, micro- and medium-sized enterprises.

Policy reforms that address redistribution would need to make provision for education and vocational training as well. A qualified labour force has a higher earning potential, which in turn increases the income prospects, especially for low-income earners, and drives economic growth overall.

Lastly, promoting savings behaviour and informing South Africans about the tools available across the financial spectrum can lessen the inequality that stems from investment income.

If we are to make lasting, positive changes, more research needs to be done using reliable high-quality data sources such as NIDS, says Hundenborn. Insights gained from the analysis of income dynamics can then be used to inform effective policymaking.

The research that underpins this article is part of a collaboration between UNU-WIDER and SALDRU. 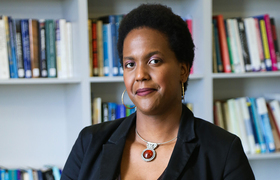 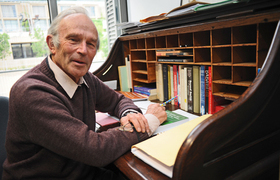 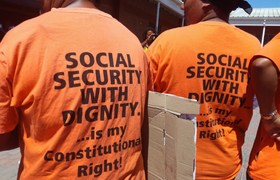 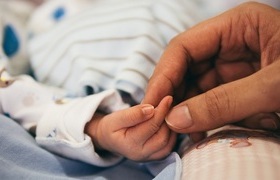