South African universities should become pre-eminent spaces for the study of Africa and its people, Pallo Jordan said at the official naming of the AC Jordan Building after his late father on 4 April. The building was formerly the Arts Block.

Although the building has carried its new name for nearly four years, circumstances prevented the official ceremony from taking place. Speaking at the ceremony, Vice-Chancellor Dr Max Price said that renaming buildings is part of an ongoing university-wide, multifaceted transformation project to overcome the legacies of colonialism and apartheid – and to make UCT “a home to all”.

The project aims to create a more inclusive and representative institution. However, the most difficult aspect to address in this process is institutional culture, Price added. Renaming buildings is central to this redress.

Archibald Campbell (“AC”) Mzolisa Jordan is described variously in the annals as an author, scholar, writer, linguist, literary critic, poet, musician, humanist, nationalist, freedom fighter, revolutionary and gentleman. He was also an academic pioneer and torchbearer for African scholarship and African literature and linguistics and is remembered in UCT’s history as the institution’s first black African lecturer in 1946.

Representing the family at the official naming ceremony, Jordan said that his father – and his generation – had seen African studies as a political and social agenda, one which would corral African academics and students in the endeavour to emancipate the continent and people of African descent throughout the world.

“He had a pan-African vision,” Jordan said at the event at which a replica of the plaque on the AC Jordan Building was presented to the family.

“The important thing about today is that it is one more step in the transformation of the South African academic space and, I think, it is something that AC would be extremely proud of … that it was this university, which had the courage to employ him way back then, [that] has taken this important step. On behalf of the family, thank you.”

The mid-1940s in South Africa would have been a turbulent time for the black academic to have joined an ostensibly ‘white’ university, Price noted in his address.

In the aftermath of the Second World War the colonialist grip on the continent was beginning to loosen. Black urbanisation was on rise and the growth of black organisations had birthed new trade unions, such as the African Mineworkers Union, to challenge the country’s cheap labour system.

When Jordan took up his senior lectureship in the School of African Studies in 1946, the student corps included returning Second World War servicemen, many of whom had interrupted their studies to enlist.

Nonetheless, in this predominantly white community – both English and Afrikaans – Jordan was to make his mark as a writer and scholar of isiXhosa and other vernacular black languages.

In 1956 he became the first black African scholar at UCT to obtain a PhD. His thesis, “A phonological and grammatical study of literary Xhosa”, won the coveted Vilakazi Memorial Prize for Literature bestowed by the University of the Witwatersrand for the most meritorious contribution to Nguni literature.

His early career was as a school teacher. He’d won a scholarship to Fort Hare University College where he obtained a teacher’s diploma in 1932 and a BA degree in 1934. Then followed a 10-year teaching stint at Kroonstad High School in the Free State where he mastered Sesotho and was elected president of the Orange Free State African Teachers’ Association. He also started publishing poetry in the Imvo Zabantsundu newspaper.

In 1940 Jordan began working on the novel that was to become a landmark in Xhosa literature, Ingqumbo Yeminyanya (The Wrath of the Ancestors), an epic about the conflict between Western-style education and traditional beliefs. He later translated this into English and it was later translated into Afrikaans and Dutch.

In 1942 he submitted his master’s thesis on the phonetic and grammatical structure of the Bhaca language to UCT. In 1945 Jordan accepted a teaching post in the Department of African Languages at the University of Fort Hare, following the retirement of Davidson Don Tengo Jabavu.

It was a short-lived association; the following year he joined UCT as a senior lecturer, a career that lasted until 1962. According to his wife, Phyllis, Jordan was criticised for leaving Fort Hare for UCT.

“I am going to UCT to open that [UCT] door and keep it ajar, so that our people too can come in. UCT on African soil belongs to us too.”

But politics interfered with scholarship. In 1960 Jordan was awarded a Carnegie Travelling Scholarship but was denied a passport. He went into exile in 1962, seeking residence in Tanzania, the United Kingdom and the United States.

At UCT his legacy was not forgotten. In 1993 the AC Jordan Chair in African Studies was established to provide meaningful study of Africa by integrating African studies into research, teaching and learning at undergraduate and postgraduate levels in UCT’s faculties.

The current chair, Professor Lungisile Ntsebeza, said the move paved the way for UCT to become a leader in developing Africa’s intellectual resources by promoting African studies, not only across disciplines and faculties at UCT, but the rest of the continent as well.

Speaking at the renaming ceremony, Ntsebeza announced that the Mellon Foundation had accepted a UCT proposal to hold a series of seminars exploring the legacy of AC Jordan. Presenters would be required to offer publishable papers, he said, thus adding to the body of African scholarship that UCT would surely need “as it goes through the birth pangs of transforming itself”.

In addition, Professor David Wardle, acting dean of the Faculty of Humanities, said that although belated, the occasion had also given the faculty an opportunity, in the same year, to celebrate great African scholars who’d had “difficult relationships” with the institution. 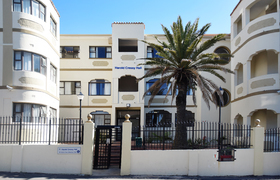 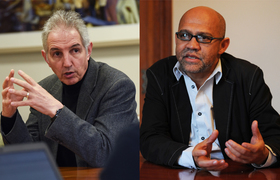