When we ask: “Why do women stay in abusive relationships?” we transfer blame away from the perpetrators of violence.

This was the premise of Associate Professor Floretta Boonzaier’s thesis back when she was a master’s student in the Department of Psychology.

Now, 16 years later, she continues to shift the discourse away from such pathologisation and victim-blaming, and instead emphasises the need to work with both men and women in relation to intimate partner violence.

Boonzaier’s body of psychology research interrogates the ways in which gender, race and identity are implicated in such instances of violence and how they are represented in media and popular discourse.

It was something she could not be unaware of. Growing up, there was always someone affected, be it in her family, or in the communities she was part of.

Coupled with an upbringing characterised by ‘untraditional’ relationships – where strong women partnered with men who often engaged in what was considered women’s work – this was important in shaping the feminist consciousness she now lives with.

“We let perpetrators off the hook in a big way.”

Boonzaier is currently engaging with the contexts and experiences of men who are violent toward their partners, as an essential step in designing interventions to change their behaviour.

This is tricky territory, especially when it comes to settings where funding is scarce. In the toss-up between providing services to survivors and intervening with perpetrators, the former should always take precedence. But one cannot consider the experiences of women who have been victimised without taking into account the men who do the violation, she says.

“Not only because working with women only entrenches the stereotypes about who’s to blame for the violence. So we let perpetrators off the hook in a big way.”

Working with men who have been violent is not to excuse violent behaviour.

“It is to understand in order to better intervene, to prevent them from perpetrating future violence,” Boonzaier explains.

Facilitating these interventions is difficult work, she notes. Multiple layers of identity are implicated in the process.

How would the identities of both a young woman (facilitating an intervention) and an older man (attending that intervention) come into play, and how might that impact the ‘counselling relationship’, she asks.

We need to think very carefully about the kind of assumptions that facilitators and attendees hold about markers such as gender and sexuality, as this has a direct impact on the success of these programmes.

“It's not your traditional psychology that I do and I think it’s been great for me. In some ways it’s almost this outsider–insider position where you are able to look at the discipline in a way that is more critical, more reflective of how it represents issues to do with gender, race, class, sexuality.”

Historically, the discipline has been guilty of attributing blame in the way it talks about women who are victims of intimate partner violence.

Within this discourse, women are passive and are viewed through a lens of pathologisation, as if there is something wrong with them.

“If you look at LGBTI populations and you look at the history of psychology – I think it speaks to issues of gender and race and class more broadly – how psychology has dealt with populations that are not considered to be ‘normative’. It’s a silencing and a simultaneous othering and pathologisation of their experiences.”

Boonzaier therefore endeavours to work in ways that counter this.

But she hadn’t always planned on pursuing a career in feminist research psychology. She very nearly ended up in internal auditing.

As the first of her family to graduate from high school, she had limited direction when it came to pursing further studies. As a notable achiever in high-school accounting, she fell into the subject at university level.

Boonzaier continued along this path until the time came to begin the in-service training required during her third year of study.

“This is also something I reflected on much later – just thinking about my lack of access to social capital and to networks that come about as a result of such capital – that I didn’t find any opportunity to do the on-the-job training,” she says.

Unable to finish her degree, she took on various administrative jobs. After some time she had saved enough money to return to university, this time to study psychology.

She moved to UCT for her honours year. She was taught, and later supervised by, Professor Cheryl de la Rey – who was doing the kind of feminist psychology work she was interested in.

This would prove pivotal to her academic journey. She began her research into intimate partner violence, which was the subject of both her master’s and PhD.

Individuals come to intervention programmes for multiple reasons. Many do not want to be there. They may have violated protection orders, received ultimatums from partners, or are attempting to avoid prison time. Others may genuinely realise their behaviour needs changing and come in voluntarily.

One has to try to assume a way of working with men who have been violent that will cover these diversities.

“I think what’s important in terms of some of the work that I’ve done is that men don’t see themselves and their lives represented in the intervention efforts meant to change their behaviour.”

Current interventions are based on a model imported from Duluth, Minnesota, in the US. Consequently, they don’t take into account the varied circumstances feeding into these men’s lives: questions of poverty, inequality, gangsterism, crime, alcohol abuse, historical trauma and dispossession.

This might include issues of historical trauma and the impact of colonialism, slavery and apartheid on families, communities and individual psyches. This includes both the psyches of men in power and those who are subordinated.

We can use this to better inform interventions, she says.

But do interventions work?

They don’t. At least, not yet.

“There are hints at certain things, but overall in terms of conceptualising a model or a way of working, there’s no model that has come out as superior,” Boonzaier explains.

This isn’t a reason to despair, she says.

Given that we have imported these models from elsewhere, and taking into account the lack of a global standard, our researchers are in a prime position to think outside of the box and design interventions that best fit our context. 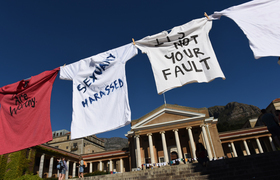 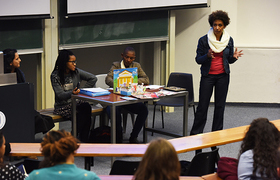 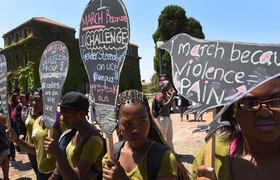 Correspondence
'There is no excuse' for sexual violence 22 Feb 2016 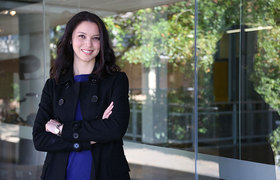