'Overturn the neoliberal obsession with austerity'

Unless politicians and the powerful find ways to share the spoils of globalisation fairly – unlike we’re doing now – prepare for more calamities the like of Brexit and Trump.

These words were the crux of a rousing speech delivered by former British MP the Right Honourable Lord Peter Hain of Neath to a jam-packed audience at the Vice-Chancellor’s Open Lecture on 24 July.

“We cannot afford to turn our back on globalisation,” Hain declared, after nearly an hour of describing the inherent unfairness in the current global economic system. “But unless we find ways to share the gains fairly and ensure that the inevitable casualties are supported into taking new opportunities, people, as they did over Brexit and Trump, will declare a plague on all your houses and walk away from free trade, simultaneously scapegoating sections of our communities, currently Muslims.”

Hain, whose career in public life has, at least in part, been dedicated to overturning the neoliberal economic order, which has seen economic and social inequality widen “massively”, said that since the 1980s, both the poor and the middle class had experienced relative declines in living standards. The rich, meanwhile, have become super rich.

“The top 10 percent have benefitted, the top one percent even more so, the top 0.1 percent stratospherically so, while the rest have fallen behind.”

Capitalism had “reverted to type [since the 1980s], with an inbuilt tendency to generate shocking degrees of wealth and income inequality”, said Hain, echoing Thomas Piketty’s arguments from Capital in the Twenty-First Century.

Canary Wharf, which Hain described as London’s answer to Manhattan, was a reluctant poster child for globalisation’s distressing irony. Its international banks, high-rise office blocks and expensive luxury flats were the British epicentre of the neoliberal ideology that led to the 2008 global financial crisis and were the principal beneficiaries of multi-billion taxpayer-funded bank bailouts, said Hain.

But those shiny buildings overlooked working-class Poplar in the London borough of Tower Hamlets, which Hain said was the third-most deprived area in Britain, with the highest level of child poverty in London and with a third of its children living in unemployed families.

Many of those families had been employed at the London docks before they closed in 1980.

Austerity is the real enemy

“There in microcosm are the two faces of globalisation,” said Hain. “New technology and new jobs alongside abandonment and unemployment. Finance dominant with investment banks alongside poverty and food banks.”

It was a similar story in the USA, where Donald Trump took the presidency last year.

“Above all Trump appealed to Americans who felt left behind by globalisation and technological change.”

Indeed, hundreds of millions around have been left behind by globalisation. But in the advanced economies of the Western world it was more austerity and slow growth than globalisation that had squeezed living standards since the global financial crisis, Hain said.

“The painful truth was that Donald Trump’s victory came as an overdue wake-up call to both conventional politics and orthodox economics,” he said.

Like Brexit, it injected urgency into pleas for help from communities left behind by globalisation and free-trade agreements.

“But although [those Americans who were left behind] might be helped by [Trump‘s] plans for massive public infrastructure investment, his plans to deregulate banking and cut corporation taxes will mainly help the rich and powerful.”

Hain, who authored a critique of neoliberal economics in 2015, took a swipe at orthodox thinking, which links capitalism to a free market.

“In his new book, Guy Standing says it is a myth that the political and economic changes of the 1970s created free markets. Instead, he argues, globalisation has hastened the development of rigged markets dominated by ‘a plutocracy and plutocratic corporations linked to concentrated financial capital that are able to gain increasing amounts of rental income by virtue of their wealth. Meanwhile wages are stagnating’,” said Hain.

With free-market logic comes cuts to public spending. Britain had been preoccupied with austerity since the huge debts and deficits of the 2007/8 financial crisis, even though that was barely half of Britain’s “ginormous” post-WWII debt.

And it was massive public spending instead that pulled Britain out of its post-WWII mire, said Hain, pointing out that Britain had invested heavily in the National Health Service, motorways, and other public services, based on the advice of economist John Maynard Keynes.

“At the same time, the debt burden – national debt as a proportion of national income – kept on shrinking for the next 35 years, despite 30 budget deficits and only five surpluses, as GDP grew faster than debt rose.”

“First, recognise that trade protectionism only made the Great Depression of the 1930s worse. So press for closer cooperation across the globe, but either put tackling climate change ahead of signing further trade agreements or (better still) build climate change commitments into those agreements because the likely gains from further globalisation aren’t that great.

“Second, instead of Trump’s bonfire of bank regulations, reform the financial system to reduce the risk of a second global credit crunch and consequential threat of complete economic collapse like in 2008. The financial system remains a powder keg that could explode again unless governments get a tight regulatory grip, including on the shadow banking sector and hedge funds.

“Third, abandon the austerity policies that have been holding back economic growth in the UK and the Eurozone since the G20 Toronto Declaration in July 2010. Britain began 2017 as the slowest growing of the G7 economies and UK growth is continuing to slow.

“Fourth, respond to the clear evidence that regional labour markets adjust agonisingly slowly to shocks by radically strengthening the help provided to those hurt by globalisation.”

That meant legislating to close loopholes in employment law and the minimum wage that enabled migrant workers to be paid less, which exploits those workers and provokes resentment among indigenous workers, he added.

In Scandinavian countries, strong social safety nets do not undermine their labour markets or their productivity performance, he said.

“Quite the opposite”, in fact.

“For instance they help workers to take jobs that would otherwise have been beyond their reach,” argued Hain. “Free education for all and skills training for any age, social security for the unemployed, and systems of care for children, the elderly and vulnerable members of society add up to what the Scandinavians call a ‘flexicurity’-based labour market. This is their key defence against the worst effects of globalisation and open markets.”

The aim, then, of politics as an institution, must be to give citizens more control over their fates, which they demanded by turning their backs on the political class, as the French demonstrated when electing the unheralded Emmanuel Macron.

Greater control did not mean protectionism that would “damage prosperity and feed xenophobia”, but ensuring that governments invested in new technology and retraining to replace old industrial jobs, and ensuring that immigration was focused on adding value and not simply seen as a source of cheap labour.

“Above all such greater ‘control’ means overturning the neoliberal obsession with austerity and shrinking the state,” said Hain. 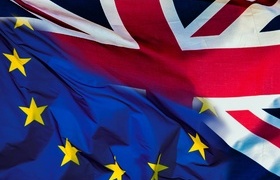