Chris Briers, Director of Capital Works and Projects, has left a lasting impact on UCT.

Beginning in maintenance 23 years and one month ago, Briers has worked with and later lead teams that completed major building projects at UCT.

He oversaw the upper campus project, which included the construction of buildings such as Steve Biko, Chemical Engineering and New Engineering. He was also involved in the Graduate School of Business, the School of Economics and the re-alignment of middle campus.

“It’s been a wonderful ride. There has been massive development, not only of infrastructure of UCT, but also in the people,” said Briers to a room of friends and colleagues.

André Theys, Executive Director of Properties and Services, said, “In the years I’ve served with Chris, I have trusted him implicitly. You will leave a void that will be very hard to fill.”

Caption: Chris Briers (left) and André Theys at the farewell event at the Irma Stern Museum. 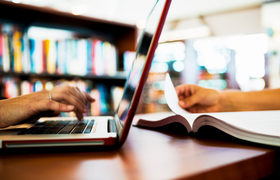 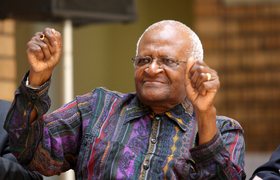