UCT dedicates May to Africa 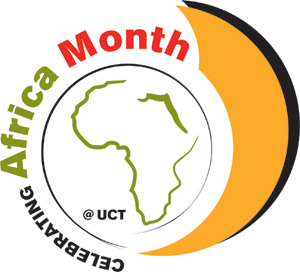 This year the university will host a month-long celebration of its African connections.

In the end, the decision to upsize UCT's annual one-day Africa Day* celebrations to a month-long extravaganza was an easy one.

So explains deputy vice-chancellor responsible for internationalisation and the Afropolitan thrust at UCT, Professor Thandabantu Nhlapo, as he outlines the events for UCT Africa Month - themed Celebrating Africa - coming in May, and the thinking behind it.

For one thing, said Nhlapo, a single day could no longer do justice to the university activities actually taking place on the ground. Too many initiatives in the faculties and PASS departments were overshadowed by the core events, which are centrally marketed.

"Also, the scale of the event did not match the importance the university attaches to internationalisation in the first place, and to the transformative aspects of the Afropolitan vision in particular," says Nhlapo.

So over the past months Nhlapo, as chairperson of the Africa Month core group, and the Faculty of Law's Professor Evance Kalula, chairperson of a steering group on which all faculties and PASS departments are represented, have (with those two groups) pulled together a programme of many notes and textures. The core events are still there - including a panel discussion on 24 May, the Africa dress competition and an exhibition showcasing UCT's partnerships on the continent.

But the team is also tapping into other university events planned for May, including a lively programme of lectures and seminars across the university, featuring addresses by two cabinet ministers and public lectures at the Faculties of Health Sciences, Commerce, Science, Engineering and the Built Environment and the Centre for Higher Education Developments. In addition there are events at the Institute for the Humanities in Africa, the Gordon Institute for Performing and Creative Arts, the Irma Stern Museum, All Africa House, the International Academic Programmes Office, the South African College of Music, the Faculty of Law and the Students' Representative Council. (Watch the UCT website for news on the programme before May.)

In a change of pace, Africa Month will not be just inward-looking, says Nhlapo. The exhibition, the panel discussion, two launches and the Africa dress competition will be moved to the Baxter Theatre Centre, the first tentative steps to include the wider community in UCT's African celebration.

UCT Africa Month is intended not just as a celebration of UCT's identity, notes Nhlapo. But that theme, Celebrating Africa, also aims to draw attention to many of the good things happening on the continent. (He cites the example set by the Minister of International Relations and Co-operation, Maite Nkoane-Mashabane, who described her talk at UCT in March as an antidote to Afro-pessimism.)

It's also hoped, says Nhlapo, that the event will inspire those at UCT who have been doing work around the continent, but have thus far "been hiding their light under a bushel", to step up and take part in next year's festivities.

"Eventually we will get into the habit of seeing local, regional and continental engagement as mainstream activity, at which point the need for highlighting our partnerships and collaborations on a designated day or a designated month each year would fall away."

*Africa Day is the annual commemoration of the founding of the Organisation of African Unity, or the OAU, on 25 May 1963.