Comic-book history of a forgotten struggle

How do you take a 500-page 'doorstopper' of a PhD on an untold chapter of local history, and turn it into something easily communicated to the public? Historian Dr Koni Benson enlisted the help of the Trantraal Brothers to create a six-part cartoon series, Crossroads: I live where I like. 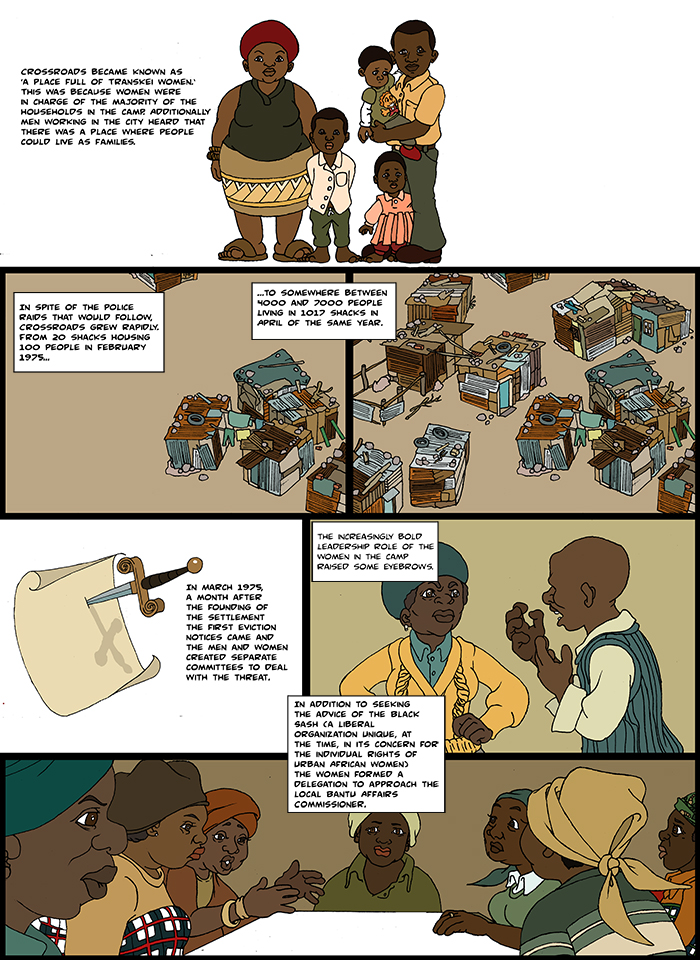 Hot off the Press is the fourth part in a story chain that illuminates sprawling Crossroads, the only informal settlement in Cape Town to successfully resist bulldozers at the height of apartheid in the 1970s and 80s. This area was again at the forefront of struggle in 1998, when the Women’s Power Group staged a fourmonth sit-in at the city council housing offices.

The series tells the story of these women, mainly migrants from the former Eastern Cape homelands of Transkei and Ciskei, and their fight for better housing and living conditions – which continues today (there are still more than 460 000 families on the city council’s housing lists).

In telling the history of the Crossroads resistance movement, it also reveals a different story to the one that appears in official documents. These process events through the lens of leaders and violence, and mostly ignore or airbrush the role women played, says Benson.

To piece it together, she accessed the archives and drew on her own oral history research, which tapped into the life narratives of 60 Crossroads residents – mainly women, who were part of the Crossroads Women’s Committee in the 1970s, and the Women’s Power Group in the 1990s – painstakingly gathered over two years, with the help of interpreters.

These narratives follow the women’s lives from the 1970s on.

“The life histories of the Women’s Power Group members tell a very different story about what the women were thinking and doing.”

Writing in the African Studies Review, Benson says the women’s gains in this turbulent time were “pushed back through a reconfiguration and politics, as reforms aimed at ‘orderly urbanisation’ and exclusively commoditised low-cost housing were introduced, while state-sponsored vigilantes (witdoeke) set the camp on fire and chased out 70 000 squatters in 1986”.

“Years later in the same place and facing the same male figureheads in power, the Women’s Power Group brought together 300 women in 1998 from across deep divides.”

They held a sit-in at the council housing office, and demanded accountability for the non-delivery of housing and services.

That demonstration, says Benson, was one of the first and most prolonged of what have become everyday protests for better housing and services.

“The women’s actions are often oversimplified by the media, and disconnected from the complicated legacies of apartheid that continue to plague Cape Town.”

“Women’s struggles were reframed in an official discourse labelling them naïve pawns and shack lords at best, and undeserving, impatient troublemakers at worst. Women’s leadership was demobilised, depoliticised and dislocated from the issues they stood up for, and from the celebrated history of women’s mobilising in Crossroads.”

As a result, the history of the Women’s Power Group, for example, much deflated by “silences around complex processes”, was overshadowed and unacknowledged.

But how to re-tell that history, with all its layers and nuances?

Benson, now a postdoctoral research fellow in the Department of Historical Studies and the African Centre for Cities, drew on a personal favourite: comic satire.

She’s a long-time fan of Aaron McGruder’s The Boondocks, a satire of African-American and American culture, seen through the eyes of a 10-year-old black radical, Huey Freeman.

She joined forces with the Trantraal Brothers, writer/artist duo André and Nathan, to give life to her research through the comic-book series.

Benson approached the brothers after seeing Coloureds, a graphic chronicle of their growing years in Bishop Lavis and Mitchells Plain.

“They’d grown up in Cape Town. They knew the nuances.”

But there were challenges.

Having distilled the key ‘chapters’ of her PhD, André Trantraal was still concerned that there were too many words for the medium.

“It shouldn’t be an education pamphlet,” he said at the recent South African Young Academy of Science (SAYAS) symposium, where he shared the stage with Benson to talk about new and creative vehicles for the expression of ‘new political histories’.

“It’s been a real education for me, how some events have been marginalised in the political struggle in South Africa,” he commented. 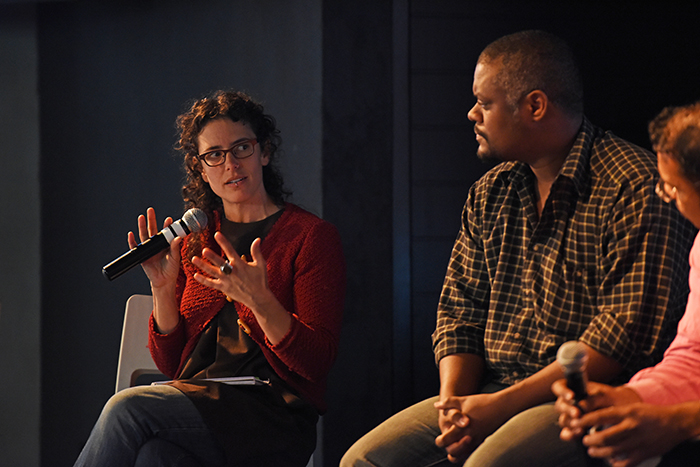 Speaking about the role of art and collaboration in this forum, André Trantraal said: “It is still an ongoing process for us to challenge and shift stories away from oversimplified township stereotypes to show more complicated reality.”

That complicated reality is demonstrated particularly well by the cover illustration of the series’ second book, depicting a woman’s bra trampled by a police boot and lying in the dirt.

For Benson, the simple but powerful image mirrors – with great economy – the aftermath of violent raids and removals, and “gives a sense of real people and real lives, and homes that were destroyed multiple times”.

“It highlights the gendered nature of shack dwelling as part of the migrant labour system, and questions what ‘home’ versus ‘homelands’ meant from the perspective of black women whose mobility and fertility were limited to keep the system going.

“It is also part of the larger story of women politicising struggles of daily life, which we are often told are personal and not important to collective histories.”

One facet that struck Benson was the power of the archival photos that Nathan Trantraal and Ashley Marais turned into drawings.

“When we take the comic back to the women, some now in their 90s, they looked at it as a retrospective photo album; these are photos that never existed for them.

“Look,” said Mama Yanta (the first chairperson of the Crossroads Women’s Committee of the 1970s), “there’s Mama Luke [also a veteran leader], and there’s Johnson Ngxobobgwana [head of the Crossroads residents committee, who later led the witdoeke attacks on the settlement].”

This careful and authentic rendering reflects the creative team’s own commitment to the project’s historicity.

“We researched it as well as we could, and used people involved in the struggle, activists and community leaders,” said André Trantaal at the SAYAS symposium.

The place of comic-book series like Crossroads: I live where I like in the historical archive demands categorisation, but none is easily found.

For example, the work of cartoonist and journalist Joe Sacco, which deals with Israeli-Palestinian relations and other thorny issues, is described as ‘comic non-fiction’. Other terms are ‘comic book history’, ‘comic strip biography’ and ‘anthology of graphic narratives’.

“These resources can be powerful tools for spreading an urgency and inspiring a creativity in thinking about how to intervene in the historical present,” writes Benson in an article about graphic histories and artist/activist/historian collaborations for an upcoming special edition of African Studies Review.

This series underscores the importance of sharing these important passages of local history with young South Africans, and connects the apartheid and post-1994 periods.

“These moments of women-only organising are rarely connected in public debate,” says Benson.

To this end the series will be piloted at two schools, in Crossroads and Khayelitsha.

“The series has given the histories pieced together in my PhD work airspace and an outlet.” 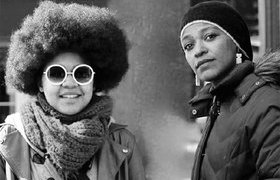