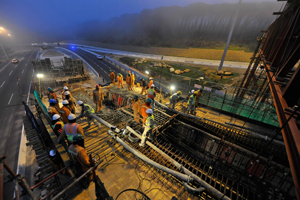 In a high-powered training workshop, a new UCT initiative helped show senior leadership teams from South Africa's metros how to turn their cities around.

There are many ways to get a city running well. UCT's new Graduate School of Development Policy and Practice (GSDPP) likes to start at the top.

Early in March they ran a leadership training course for the top political and management teams of all eight South African metros. The aim of the course, titled Leadership in Local Government: Building globally competitive cities, is, in the words of the official course notes, "to empower the senior leadership teams (political principals and top management) in the metros in South Africa to develop and implement reforms to achieve rapid results for improved city performance in support of a clearly defined political mandate".

"The course is designed to get our cities moving," says the GSDPP's Judith Cornell. "And particularly to deal with the problems of infrastructure and planning in our cities."

Over the first three days of the course, the political teams - the mayors and councillors - reflected on the challenges facing the metros, after which they left the city managers and managers responsible for finance, planning, housing and infrastructure/public transport to flesh out those mandates, draw up objectives and come up with action plans to deliver short- and medium-term objectives (think 100 days).

In keeping with its stature, the course came with big brand names behind it. It was the coming-out project of the Cities Support Programme of the National Treasury, who was also footing the bill. The course was developed by the GSDPP in collaboration with the World Bank Institute. And it has the backing of the South African Local Government Association.

Probably the first such programme of its kind in Africa, the organisers made a point of keeping the course 'local'. So the programme was designed around local issues, called on local speakers and drew on local case studies.

When the speakers weren't local, they could relate to the context. Among the guests were Enrique Peñalosa, former mayor of Bogotá, Colombia; Ronald MacLean Abaroa, who in 1985 became the first democratically elected mayor of La Paz, Bolivia; and Aisa Kirabo Kacyira, former mayor of the Rwandan capital, Kigali, and now deputy executive director of the United Nations Human Settlements Programme, aka UN-Habitat.

"We wanted people who had faced similar problems, with similar resources," explains Cornell.

And no-one started the course cold. The consultants have visited all the metros to brief them, while the participants had to come prepared with outlines of plans and projects, and should even have identified a parcel of land for a particular kind of housing development that will be explored in the course.

There's also support after the course. The GSDPP facilitation team will offer follow-up support visits and the World Bank Institute will offer rapid-results coaches, at the request of any of the metros.

According to Cornell, the course went well, with "intense engagement" by the metro teams and strong interest in the next stages - both the implementation of the plans once the teams go home, and the potential for follow-up courses, both for the metros and for the next level of municipalities.