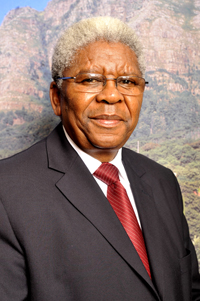 The focus of the June meeting of the University Council was finance.

An annual audited set of financial statements, with a report by the Council on the work of the university in the reporting year, must be submitted to the Minister of Higher Education by 30 June each year. UCT's report and financials for the year ended 31 December 2009 show a strong balance sheet, an income statement reflecting revenues of R2.9 billion, including R1.2 billion for specific purposes (mainly research) and R187 million for student and staff housing.

As the report showed, this meant a small surplus on the Council-controlled operating budget of R24 million (recurrent income R1.511 billion and expenditure R1.487 billion). The report contained a comprehensive set of notes on accounting policies and disclosures. These are public documents and may be found on the finance department's website.

The Chair of the Council, Archbishop Njongonkulu Ndungane, wrote in his Chair's Report of the achievements and challenges facing UCT. He commented on the 2009 enrolment, on improved pass and throughput rates, and on the university's sound financial position

Among the challenges he identified were ensuring that UCT has a fair and defendable admissions policy that makes provision for redress, and identifies the applicants who have the potential not only to succeed, but to do well; ensuring that our fee policies, financial aid policies and budgets meet UCT's and students' needs; and that UCT addresses the 25% of students entering as undergraduates who leave without a degree, a challenge that lay largely with the Senate.

He concluded by emphasising the Council's responsibility for governance, which must be effective in ensuring that the university's finances are sound and that UCT's resources are properly applied to its needs.

The Council is giving attention to financial strategy. The UCT Financial Plan - which has guided financial decisions for the past decade - is being reviewed, and at the June meeting Council devoted some time to reviewing an interim report on an integrated financial plan.

Among the challenges and complex questions facing Council are: the university's capacity to fund capital work (the projects approved for 2010 to 2013 exceed R1 billion); the level of free reserves and the need for a subsidy equalisation fund; oversight of and the financial risks associated with rapidly increasing research income and expenditure (with as yet uneven overhead-cost recovery) and the increasing stresses that this is putting on the university's infrastructure.

In addition there is the all - important set of questions that has to do with the levels of tuition and residence fees, of financial aid and of salaries: tuition fees represent the only variable Council-controlled source of income (R577 million in 2009); for many, financial aid is a necessity for ensuring access to UCT (in 2009, R86 million); and salary and related expenditure is by far the biggest cost (in 2009, R1.3 billion out of R2.55 billion).

The University Finance Committee (which is chaired by Trevor Peterson, a member of Council and the former managing partner of PriceWaterhouseCoopers in the Western Cape) is continuing to give attention to the details of a new integrated financial plan, and is expected to bring a draft to Council's Exco in September 2010.

The final finance-related issue to come to Council in June was the report on fundraising for 2009. Though donations were affected by the economic difficulties South Africa and most of the world faced in 2008 and 2009, once again the level of support given to the UCT was impressive, and totalled over R158.5 million. Of this, R3.8 million (2.4%) was for designated or undesignated endowments, and the rest (97.6%) for current projects.

The top ten donors were foundations, with the Andrew W Mellon Foundation (R20.276 million), the Atlantic Philanthropies (R17 million), the Carnegie Corporation of New York (R14.74 million), and the Hasso Plattner Foerderstiftung (R13.56 million) at the top of the list.

Growth policy and the size of UCT has been an important preoccupation of both Senate and Council (and the Building & Development Committee, in particular) this year. Deputy vice-chancellor Professor Jo Beall has been given the task of reviewing growth strategy and the implications of growth strategy options.

At the June meeting Council had to deal with the short-term question of the Senate's proposals for enrolment targets and limits for 2011. These were approved as recommended by Senate, and faculties will be asked to try to manage admissions to these enrolment limits.

This growth is the reason that Council has approved the proposals by the Space Allocation and University Building and Development Committees to build a new, large (over 350-seater) lecture theatre on the upper campus. This is needed for existing student numbers; should numbers grow beyond current levels, considerably more investment in teaching facilities will be needed. This new lecture theatre will be at the southern end of the campus, and is expected to be provided for in the capital budget for 2011.

The Institutional Forum (IF) - comprising 10 students appointed by the Students' Representative Council, 10 staff members appointed by recognised trade unions and other staff bodies and groupings, and 10 people appointed by Council, Senate and the vice-chancellor - advises Council on a wide range of matters relating to transformation. The IF and Council have asked Council member Vuyiswa Doo, who also chairs the Council's Human Resources Committee and who sits on the Remuneration Committee, to report on behalf of both bodies (IF and Council) to the other.

The June Council meeting had before it a formal report from the Institutional Forum on the work it performed in 2009.

(Prepared by the Registrar, Hugh Amoore.)