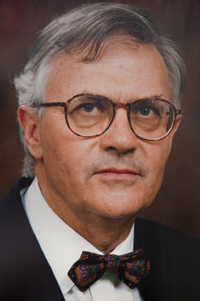 UCT graduate and former staffer Dr Alan Rose has died of pancreatic cancer, aged 69. Rose was in South Africa at the time of his death, but had been based in the US, where he had been director of the teaching programme at the University of Minnesota's Medical School of Pathology since 1994. He completed his MBChB here in 1964, his MMed in pathology in 1969, and his MD in 1984. He was also made a fellow of the Royal College of Pathologists in the UK in 1983. Rose served as professor of pathology at UCT and Groote Schuur Hospital from 1988 to 1994.

Says Dr Deryck Taylor of the Division of Anatomical Pathology, formerly a medical registrar under Rose: "Perhaps it is fitting, in view of the field of his contribution to world knowledge, that the first word that should come to mind to describe him is 'sanguine'. He considered the people who worked for and studied under him as individuals, and many of us have reason to be grateful to him for his guidance, friendship and faith in us, and to life for having had the privilege of knowing and working with him."

"His passing is a great loss to the pathology community at large, for he was a true expert in his field and an excellent pathologist in general," adds another former student, Dr Runjan Chetty of the University of Glasgow.