Post-mortem of a massacre 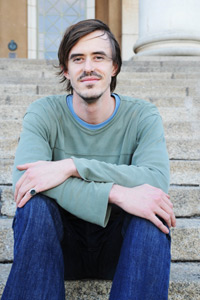 June 17 1992 marked a grim day in South Africa's recent history when at least 39 people were killed in what later came to be known as the Boipatong massacre.

It was an event that shook the world, and brought South Africa to the precipice.

Now, 17 years later, UCT's James Simpson (27) will be awarded a master's degree in historical studies, with distinction, for his thesis on the massacre, which marked a major turning point in South Africa's history as the country edged ever closer to democracy and its first elections in 1994.

At the time, the massacre was widely portrayed as proving the ANC's claim that the then-National Party government was using the police and the army to wage a covert war against the ANC. The government lost all remaining legitimacy, and the ANC was increasingly able to dictate the terms of the transition.

But what proof was there of police involvement? Investigations by the Goldstone Commission found none. In 1993 a criminal court (on the tested evidence of 120 Boipatong residents) convicted IFP supporters, and ruled that the police had played no part.

The 1998 TRC Report, however, found the police culpable, basing its finding primarily on accounts put forward by a monitoring organisation.

But later the TRC's own amnesty committee, like the Goldstone Commission and the trial court before them, found evidence of police complicity to be "fraught with difficulties".

Simpson says one of the key features of the massacre was the amount of political capital the ANC was able to extract from it.

"They broadcast Boipatong to South Africa and the world as an event that epitomised state-sponsored violence. Yet evidence of police complicity was thin and incoherent," he says.

Nevertheless, the claims of police involvement caused a global outcry, and the ANC was able to place further pressure on then-president FW de Klerk to move ahead more speedily with reforms that would lead to democracy in South Africa. De Klerk started weakening his ties with the Inkatha Freedom Party (IFP), which at the time was involved in widespread armed conflict with the ANC.

While evidence of police involvement in Boipatong is scant, Simpson maintains that there was nevertheless a degree of justice in the massacre's reception.

"Popular reaction to the massacre spoke to a broader context in South Africa, wherein the state had repeatedly sought to undermine the ANC using underhand, often violent tactics."

He observes that, in a somewhat ironic twist, the current Chief Justice, Sandile Ngcobo, handled the TRC case on Boipatong, in which 16 IFP members asked for (and were granted) amnesty for their involvement in the massacre, claiming that police had not been involved.

Simpson could have chosen one of several massacres for his thesis, but he says that in many ways, Boipatong stood alone.

"I really just happened upon it as a topic, but it was fascinating right from the start," he says, "and the excellent supervision I received from Associate Professor Anne Mager of the Department of Historical Studies made the topic navigable." Simpson is interested in studying the perpetration of such atrocities as the Boipatong massacre "with a compassionate eye". He says it is a sense of compassion that puts the leadership of former President Nelson Mandela in contrast with current politics in South Africa.

"There's a need to overcome crude distinctions between good and evil, between victim and perpetrator. So-called perpetrators have more in common with us than we'd like to admit.

"We place too much emphasis upon the 'evil' of their actions, and too little on the circumstances that have set their lives apart from ours. Understanding this will help to pave the way to greater conciliation."