Stop the McDonaldisation of universities 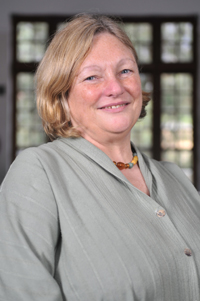 With African University Day on 12 November looming, these were some of the questions posed to UCT Deputy Vice-Chancellor Professor Jo Beall and fellow-panellists, John Pampalis, Special Adviser to the Minister of Higher Education, and Kuseni Dhlamini, CEO of Old Mutual, at a session of the Our World Our Responsibility: Re-Energising Civil Society Conference on 4 November.

In her presentation, titled Universities for public, private or common good?, Beall warned against the 'McDonaldisation' of universities: massification in relation to students and teaching; marketisation that sees students as commodities or places research solely at the service of industry; and a managerialism that fails to accommodate scholarly idiosyncrasies.

"This trilogy has led universities to be more accountable to outside interests and stakeholders than internal constituencies," said Beall.

As a result, there is a danger of less creativity and more standardisation.

"The romantic idea of the lone scholar has lost out to research teams producing for external funders. We have to protect space for discursive debate and blue-skies thinking. If genius and madness are perhaps closely linked, in the brave new world of higher education is there room for such an academic?"

Beall argued that although universities should protect their right to critical engagement, this does not mean universities are not accountable, even to external stakeholders.

Universities and governments need each other but feelings are ambivalent.

"Those tensions are there, they have always been and always will be and I think they should be there," said Beall. "The issue is: are these tensions creative? As long as we can work creatively with the tensions between universities and those who contribute to or feel they own or control them, we are on a good road."

Beall notes that for universities to serve the common good, social responsiveness should be among their core functions.

"The first universities were founded as centres for creativity and discourse. By the 19th century the idea of a university dedicated to innovation in science influenced the growth of research-intensive universities. Today, universities are taking their social responsibilities seriously, serving society alongside the public and private sectors.

"Historically, universities have always been concerned with social responsiveness, morality and ethics as well as philanthropy, but today there is an imperative that the relationship between universities and society is much more direct."

For Beall, the critical issue is academic sustainability.

"If universities are not properly financed, or if massification turns academics into 'teaching drones' who never have time for a creative thought; if researchers don't have time for blue-sky thinking, the knowledge project will be diminished. In our accountability to stakeholders, including government, I would make a strong plea for maintaining and preserving idiosyncrasy and accommodating critical engagement."

Beall refers to recent global events; the financial crisis, violent conflicts and various infectious health crises. "Looking at what has happened, and what policy-makers have done to solve these problems, it seems clear we need critical spaces to say that perhaps the policy-makers don't always get it right.

"I'm not saying universities always have the answers, but having the space to look for solutions outside the box is critical."