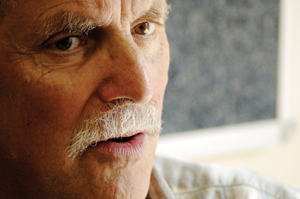 Cecil Helman died of motor neurone disease on 15 June 2009. Cecil was a UCT medical graduate (1967) who spent most of his working life in the UK as a family doctor, writer, anthropologist, poet, lecturer, academic and father.

He wrote a number of books, including an internationally known textbook, Culture, Health and Illness, which has been used in over 40 countries since it was first published in 1984. We currently use the 2007 edition for our postgraduate family medicine courses and for all undergraduate teaching across the faculty. His most recent book, Suburban Shaman, is his memoirs of his time in both SA and the UK, and includes his experiences as an undergraduate medical student at UCT.

I first met Cecil when he visited our Family Medicine unit to form a link with University College, London. He was keen to contribute to the new SA. When it was our turn to visit his Department at UCL, he was a wonderful host. He took great care of the South African link visitors. He organised accommodation, took us out for meals and ensured that we gave departmental presentations on the work we were doing in SA, adamant that the link was bi-directionally useful.

Cecil visited our Department frequently, and in 2007 he spent a short sabbatical here. He taught the undergraduates on our new curriculum, master's students in family medicine, and gave a number of open talks. He even spoke at our Family Medicine 'breakfast meetings', despite his shock at the starting time of 07h30!

We extend our condolences to his daughter, Zoë, and to Vetta, Zoë's mother.