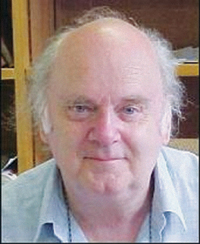 Emeritus Professor Brian Warner of UCT's Department of Astronomy was one of 15 new fellows inaugurated by his alma mater, University College London (UCL) in the UK, on 17 June.

Although retired, Warner remains an active astronomer and shares his time between UCT, from November to March, and the University of Southampton, from April to October. As he was at the Sutherland observatory on an observation project, the fellowship was awarded in absentia.

UCL fellowships are awarded to those who have achieved distinction in their fields, and have rendered exceptional service.