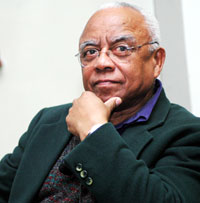 The centre, based in KwaZulu-Natal, named Alexander, director of the UCT-based Project for the Study of Alternative Education in South Africa (PRAESA), as the fifth recipient of the accolade. Alexander was imprisoned on Robben Island in 1964 for 10 years for allegedly conspiring to commit sabotage.

Alexander said he was "quite pleased" to receive the award because of "my relation with the late Steve Biko, his views and what he achieved". Alexander has worked with the Umtapo Centre on many projects, including its anti-racism programme that PRAESA has joined.

The centre promotes peace and anti-racism education, while PRAESA promotes multilingualism and multiculturalism to break down barriers between people.

PRAESA has existed for 16 years and does extensive research on bilingual education.