African versions of two classics at the Baxter 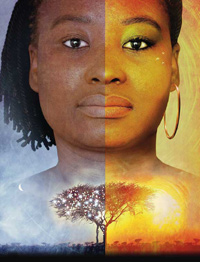 African adaptations of two popular classics: Charles Dickens' A Christmas Carol and Mozarts' The Magic Flute, will run at the Baxter Theatre Centre between September and November.

Eric Abraham, Isango Portobello - a theatre project by Portobello Productions - and the Young Vic have joined forces to launch a new Cape Town theatre company with the world premieres of their versions, Ikrismas Kherol and Impempe Yomlingo.

Adapted and directed by the award-winning Mark Dornford-May and starring Pauline Malefane (both from U-Carmen eKhayelitsha-fame), the inaugural productions feature an exuberant company of 30 young artists.

Drawing from the rich vein of South Africa's own talent, both productions are set in townships and encompass the various national languages. With a central theme of redemption, they both have a powerful resonance in contemporary South Africa.