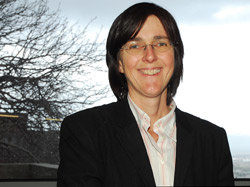 Professor Sue Harrison of the Department of Chemical Engineering has netted the Distinguished Woman Scientist Award.

Professor Sue Harrison of the Department of Chemical Engineering has netted the Distinguished Woman Scientist Award, announced at the Women in Science awards ceremony on 3 August.

The prize is one of various accolades created by the Department of Science and Technology to recognise women in science and their role in improving the economic status and quality of life of South Africans.

After completing her BSc honours in microbiology at UCT in 1984, Harrison worked as a research scientist for AECI in Modderfontein where she studied the microbial production of enzymes and other biochemicals. In 1990 Harrison read for her PhD in chemical engineering at Trinity College, Cambridge University. She worked as a postdoctoral researcher there before her appointment as a professor in UCT's Department of Chemical Engineering.

She was one of the founding members of the Cape Biotechnology Initiative in 2001. In 2004 she travelled to the UK as a Senior Zeneca Fellow in Cambridge's Department of Chemical Engineering.

In 2005 Harrison was elected a Fellow of the South African Academy of Engineering, the first woman at UCT to be honoured in this way and only the second South African woman among its fellows. 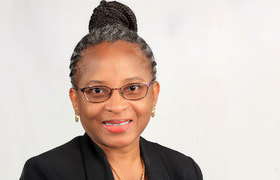