Professor Sebastian van As, head of the Red Cross Children’s Hospital Trauma Unit, has won the 2018 Alan Pifer Research Award. The award recognises the important research Professor van As has conducted over the past 20 years into child safety in South Africa.

“That’s around 200 injured children each week,” explains University of Cape Town (UCT) Professor Sebastian van As, head of the trauma unit at the Red Cross Children’s Hospital and chair of the non-governmental organisation (NGO) ChildSafe. “In fact, the leading cause of death for children between the ages of 12 months and 18 years is injury.

“In a country like South Africa, which is now home to 20 million children, that is a staggering number of injuries. Most of these are preventable.”

Van As has made it his life’s work to treat and prevent childhood injury. And it is the research he has conducted over the past 20 years in support of this aim that has now also garnered him the 2018 Alan Pifer Award.

"The ChildSafe South Africa Surveillance System currently contains details of over 200 000 childhood injuries and is the world’s largest single-source database of childhood injury."

The award, which carries a purse of ZAR20 000, is awarded annually by UCT’s vice-chancellor in recognition of outstanding welfare-related research that benefits South Africa’s disadvantaged people.

Van As grew up in a small village near the Rhine in the Netherlands. After he graduated from medical school he worked at a hospital in Bophuthatswana before coming to Cape Town to specialise in surgery at Groote Schuur Hospital. In 2000, he joined the Red Cross Children’s Hospital Trauma Unit, and in 2007, he was elected chair of ChildSafe South Africa, a national child safety NGO working to make the country a safer place for all its children.

“What is very special about ChildSafe, working in tandem with Red Cross Children’s Hospital, is that since 1991, it has kept computerised records of all children’s injuries treated at the hospital. The ChildSafe South Africa Surveillance System currently contains details of over 200 000 childhood injuries and is the world’s largest single-source database of childhood injury,” explains van As.

This database has also formed the basis of much of van As’s research over the years. “It is an incredible tool that we have been able to use to ensure a strong evidence- based approach to childhood safety advocacy,” he says.

To date, research based on this database has resulted in the publication of over 100 peer-reviewed articles and studies.

Prevention is better than cure

“Traditionally, hospitals focus on the treatment and rehabilitation of injuries, or the cure,” says van As. “But when it comes to children, the prevention of injury is an ethical imperative. In fact, the United States-based Trauma Society has stated as much: that it is unethical for a hospital to offer trauma services without also having a prevention programme.

“Thanks to one of the founders of the Red Cross Children’s Hospital, Professor Sidney Cywes, the hospital included a Child Safety Education Centre from its beginning in 1978. He was a man who was far ahead of his time.”

"When it comes to children, the prevention of injury is an ethical imperative."

As an extension of this, ChildSafe South Africa runs education and advocacy programmes, underpinned by research, that focus on the main causes of childhood injury in South Africa: road traffic crashes, drowning, burns, and in some areas, firearm injuries.

One such project is particularly close to van As’s heart; it is a well-established fact that children are more likely to be involved in a road crash on their way to or from school than at any other time.

“Taxi drivers have a terrible reputation in South Africa,” explains van As. “But in 2013, we set about trying to establish a safer travel culture for school children.”

The project invites taxi drivers to participate in safe driving training and installs a tracking device in their vehicles. ChildSafe is then able to monitor everything from speed to sudden breaking and other behaviour to ensure the safety of the children being transported. Safe drivers receive rewards as incentives that can include funds for petrol – and even a new vehicle.

According to van As, the success of the programme is due to the combination of positive reinforcement and the use of advanced technology.

“Many of the almost 1 000 drivers who have been involved in the programme have reported back to us saying that they are proud to be keeping the children in the community safe.”

Van As’ research has also influenced national legislation. In the late ’90s, ChildSafe noticed a massive increase in children being injured by firearms. Using research based on the Childhood Trauma Surveillance System database, ChildSafe made a submission to parliament, lobbying for the tightening of regulations on the possession of firearms. This resulted in the more child-friendly New Firearm Bill being accepted in 2002 and fully implemented in 2004.

“Since its inception, it has decreased the number of children presenting with gunshot wounds to the hospital by 70% and also reduced the total number of people dying in South Africa from gunshots by 60%,” says van As.

The Alan Pifer Award is a feather in the cap of the trauma unit and ChildSafe South Africa, says van As. “This is less about me than about all the people who have worked so hard and the meticulous data collection that has resulted in this resource,” he says. In his view, there is also still a very long way to go.

“In five years, I hope that there will be a huge groundswell of public awareness about child safety in South Africa.

“To take just one example: even though it is mandatory for adults to ensure children wear their seatbelts while travelling in cars, 80 to 90% of children travel without seat belts every day. How can this be?

On 28 November Vice-Chancellor Professor Mamokgethi Phakeng hosted the 2019 UCT Annual Awards, an evening that saw the university community gathered together to celebrate the outstanding contributions of professional, administrative support and service (PASS) and academic staff.

The event serves to acknowledge and honour no fewer than 127 long-serving staff and the recipients of the Distinguished Teacher Award, the Alan Pifer Research Award, ad hominem promotions and the inaugural Vice-Chancellor’s Awards for Excellence and Transformation.

This page will be updated with new articles and videos as soon as they are available. 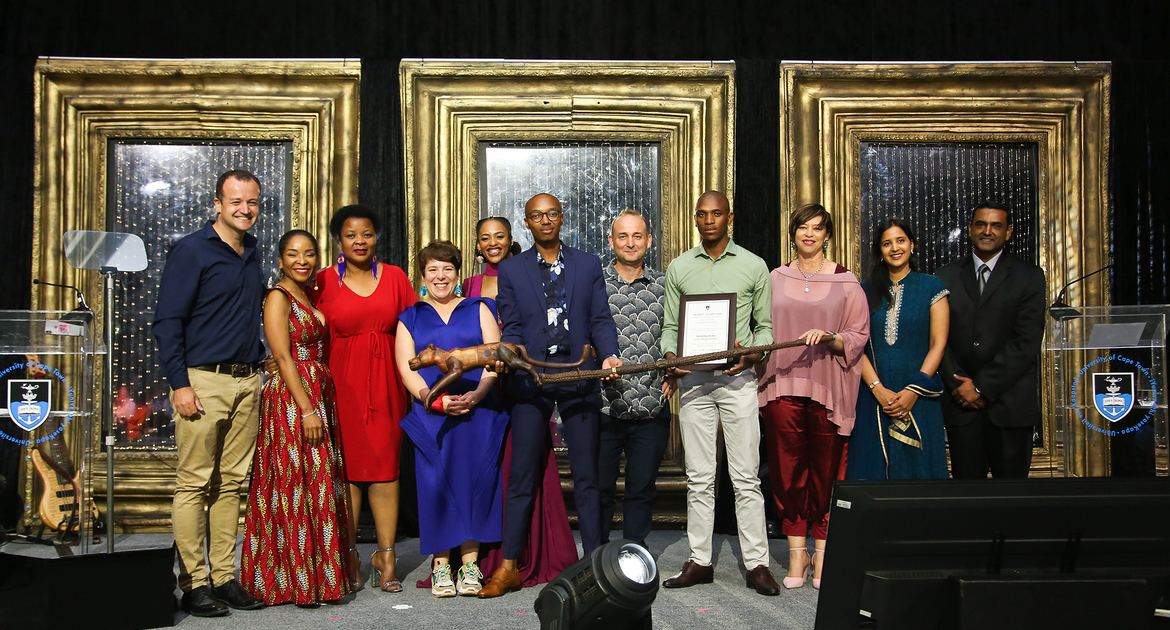 News A joyous communal celebration of staff The UCT Annual Awards 2019 celebrated the achievements and milestones of a multitude of UCT staff at a scintillating function held on 28 November. 02 Dec 2019 - 5 min read 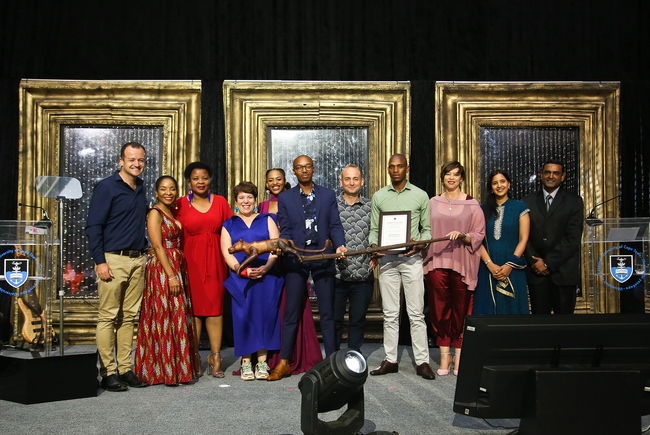 News
A joyous communal celebration of staff
The UCT Annual Awards 2019 celebrated the achievements and milestones of a multitude of UCT staff at a scintillating function held on 28 November. 02 Dec 2019 - 5 min read 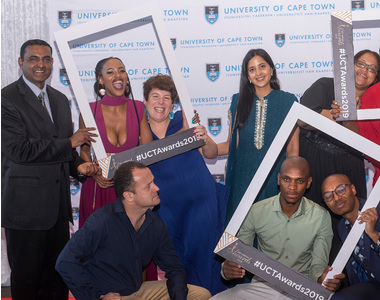 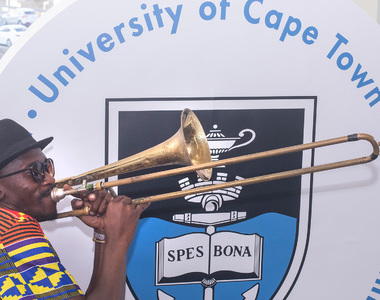 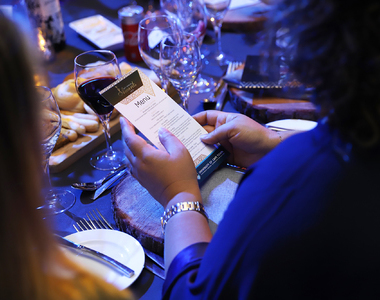 Vice-Chancellor’s Awards for Excellence and Transformation 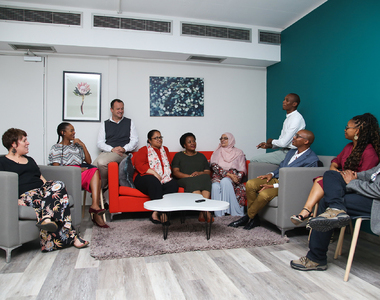 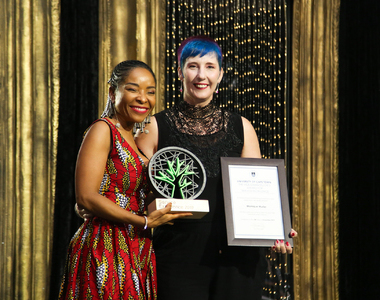 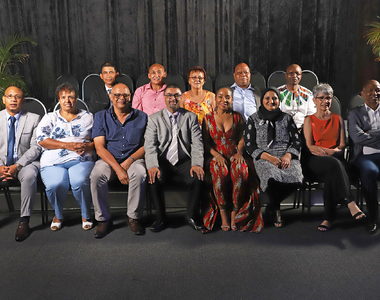 News
‘Changes at UCT have been phenomenal’
At the UCT Annual Awards on Thursday, 28 November, the university honoured and awarded 13 recipients for their 35 years of service at the university. 03 Dec 2019 - 6 min read 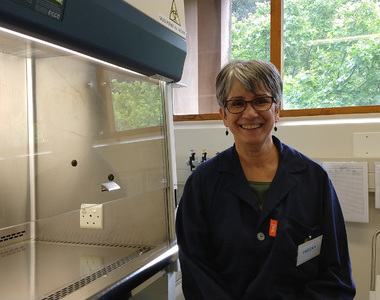 ‘Teaching swept me off my feet’
Despite the challenges, Anneliese Schauerte – a recipient of UCT’s Distinguished Teacher Award for 2018 – says she’s right where she’s meant to be. 19 Jun 2019 - 6 min read A passion for mathematics leads to success
TOP