Take up a new sport

Just because you’re at university, it doesn’t mean you have to give up the sports you loved at school – or perhaps you’d like to try your hand at something completely new.

Unique to the university is the large number of martial arts on offer (among them aikido, capoeira, judo, ju-jitsu, karate, kickboxing, ninpo [ninjutsu], taekwon-do and tai chi). These are a great choice, as each year they start a new group of beginners. 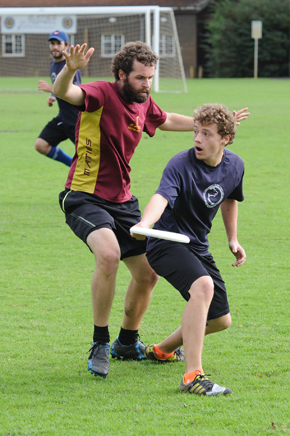 Ultimate is a sport that is growing in popularity on campus.

Another sport growing in popularity in South Africa and at UCT is Ultimate, played with a Frisbee, using rules similar to netball. UCT has developed the majority of the U23 South African Ultimate Team from scratch.

UCT’s Rowing Club is also worth a mention, as the oldest university rowing club in the country (founded in 1912), and with one of the best fleets in South Africa.

This club takes in dozens of new members each year and teaches the basics, from indoor rowing machines to rowing on water. The club takes part in the annual Universities’ Boat Race (the South African version of the prestigious Oxford and Cambridge Boat Race), and has produced good results at local, national and international level.

All of UCT’s clubs are keen to develop new members who may not have taken part in the sport before, so don’t think you won’t fit in because you’re a novice. UCT also offers a learn-to-swim programme, which you can sign up for at the Department of Sport and Recreation reception desk in the Sports Centre, on upper campus.

How can I find out more?

During ‘Plaza Week’ (the second week of orientation), all the clubs will be on Jammie Plaza from Monday to Wednesday, with full details about their sports and the costs involved. Typically, most clubs also have their own social media presence on Facebook, Twitter and Instagram, as well as their own websites. If you missed out during orientation, then visit the Department of Sport and Recreation’s reception desk, where they will be able to put you in touch with the relevant club.

Read more from the
2016 Orientation edition.

UCT at a glance
Emergency contact numbers
The card that takes you places
Help is at hand
Take up a new sport
Join a society
Study tips
Get connected
How to get around
UCT lexicon
Finding your way
Which Faculty?

A word of advice 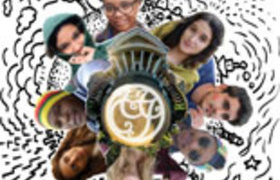