The University of Cape Town (UCT) hosted a colloquium on the New Language Policy Framework for Public Higher Education Institutions (NLPFPHEI) in South Africa on 28 and 29 September. The hybrid event was themed “Establishing Common Ground” and focused on furthering multilingualism in institutions of higher learning.

The two-day programme, which was organised by UCT in collaboration with the University of KwaZulu–Natal (UKZN) and the University of the Free State (UFS), centred around the development of indigenous African languages (IALs) in South Africa’s universities.

Programme director and the head of UCT’s Professional Communication Unit, Gaontebale Nodoba, highlighted at the outset of the colloquium that the focus for the sessions was to discuss the new policy framework. In addition to the clear impact the policy has on language recognition, he noted, it also serves to further equality and the acknowledgement of diverse cultures.

“As we look at how the NLPFPHEI closes the escape clauses that we have seen in relation to language policies, we must recognise that multilingualism is a requirement for the advancement of equality in particular. Multilingualism is not only the use of many languages, but [also] embracing the cultures [by] being able to tap into them,” he said.

The aim of the policy, he said, is to promote multilingualism in institutional policies and address the underdevelopment and underutilisation of South Africa’s official languages in order to give recognition to the provisions of section 6 of the Constitution of South Africa.

According to Mabizela, there are three major enablers that will drive the policy forward:

Implementation is envisioned to take place by means of university language policies, which will outline the status of IALs within the institutions and identify specific programmes, measures and initiatives to promote the use of official languages on campuses. These policies will be supported by funding and advice, provided by the DHET.

The messages from UCT, UFS and UKZN leadership were unanimous in their opinions that the recognition of IALs is essential for breaking down the hegemony of English and creating a more just, equal and harmonious society.

UCT acting Vice-Chancellor Professor Sue Harrison pointed out that strengthening IALs in higher education institutions is imperative both for the continuance of knowledge sharing and for building mutual respect.

“Indigenous language is essential to ubuntu. Sharing language is a way of not only sharing knowledge, but also showing respect for one another.”

The mission to advance these languages, she said, is even more important in the age of digital education and online learning. “The pandemic has forced all of us to adopt digital instruction, which tends to be dominated by English. It’s estimated that only 5% of the world’s languages will survive online, where so much of our communication now takes place.”

In this regard, Professor Harrison emphasised the need for the development of African language teaching resources, including journals, journal articles, textbooks, glossaries and lexicons.

The deputy vice-chancellor of UFS, Professor Engela van Staden, echoed Harrison’s sentiments around using IALs as a way to recognise and respect one another’s dignity. She noted that UFS has seen its language policy change as an opportunity to promote social cohesion on the university’s campuses.

“We have chosen to embrace multilingualism. We have put in place dedicated programmes to assist our students and, in terms of our staff, we have a teaching practice with specific focus on translanguaging and glossary development.

“In our context, in terms of where we are situated, we have seen the multilingualism proposal as essential and that’s how we implement it. We see this as a social intervention for the recognition of our unity through our language abilities as strengthening all our languages within and outside our university,” she said.

Keeping an eye on the prize

Professor Van Staden also highlighted the need for multilingualism in preparing students for the world of work. It is also vital to develop a more professional status for IALs – a point that was stressed by UKZN Deputy Vice-Chancellor Professor Sandile Songca.

“Within the context of multilingualism, there is a great need to focus on the professionalisation of indigenous languages,” he said.

“Language is a key aspect of culture. It serves as a powerful tool through which consciousness is transmitted from one generation to the other.”

“They therefore suffer from a very low status in the economy, in learning and in business administration. I submit, therefore, that the professionalising of indigenous languages should be very important in South Africa.”

Professor Songca added that institutions must have a steadfast focus on expanding IALs not only through language policy, but also by building dictionaries, translations and corpora in order for multilingualism to be achieved. What’s more, timelines must be put in place to achieve the goals set out in those plans and policies.

“The question is, ‘What time horizon are we looking at when our Zulu learners will learn in isiZulu?’ We cannot allow that component of the agenda to become clouded – it must be forever before us.”

Following two days of presentations as well as healthy debate and discussion around the new policy framework and its implications for IALs, UCT Deputy Vice-Chancellor for Transformation, Student Affairs and Social Responsiveness Professor Elelwani Ramugondo reiterated the importance of multilingualism and IAL development for the continuance of knowledge and reinforcement of human dignity.

“Language is a key aspect of culture. It serves as a powerful tool through which consciousness is transmitted from one generation to the other. When language dies, culture begins to die. We as custodians cannot allow this to happen,” she said.

“What is clear is that we must use multilingualism to realise the vision for Africans to command and define their own narratives. It’s not only about access. It’s about participation. Access alone doesn’t guarantee participation as fellow humans, alongside others.” 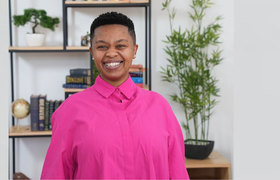 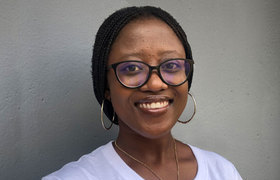